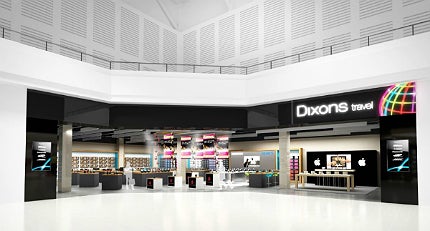 The journey from check-in to security at Gatwick Airport is lined with advertising that does not just simply promote the stores on "the other side", it makes the passenger feel as though what is to come will be special, exclusive and far better than what they experience in everyday lives.

"Because your usual lunch is sandwiches, crisps and emails," says one advert. The other reminds that there are "great places to visit after security". Therefore, the passenger is prepared for what is to come – which, says research, will have an impact on passenger spending.

"The passenger is prepared for what is to come – which, says research, will have an impact on passenger spending."

According to DKMA Airport Research passengers who had planned to purchase end up buying: 93% in F&B (food and beverage); 61% (non-duty free retail); and 58% (duty free). Furthermore, the research shows it is easier to convince passengers to buy F&B than any other category.

In fact, DKMA’s research found that when 41% of passengers did not intend to buy F&B, 31% actually did – and that overall passengers spent four-times more on duty free articles than on F&B.

The report further details that passenger satisfaction comes from "choice not service" and that the more satisfied a passenger is, the more they spend.

Following enhancements made to Terminals 3, 4, and 5, with Terminal 5 voted World’s Best Airport Terminal at the World Airport Awards and Best Airport Shopping Worldwide at the SkyTrax Awards (for the fourth year in a row), its income continues to soar.

In 2013 the airport has already seen a 9.2% growth in revenue and its NRI per passenger was £6.22 – and Heathrow’s hotly-anticipated grand opening of The Queen’s Terminal at Terminal 2 is still to come.

"The retail experience still has a little way to go in the UK in my opinion, but T5 is setting the bar and in the future people may compare the airport experience to the mall experience and do some of their big seasonal purchases at the airport," says Alex Johns, managing partner at Worth Retail and one of the UKs leading retail and digital specialists.

"Furthermore, the research shows it is easier to convince passengers to buy F&B than any other category."

"The Far East is a good bench mark for the future of retail and they predict that as much as 50% of global airport revenue will come from F&B, and, more importantly, retail."

Indeed, The Moodie Report showed that in 2011 fashion and accessories sales at Heathrow airport made 17.7% growth, an increase attributed to two major factors: its exposure to passengers from the BRIC nations who spent an average of £45.50 in 2011 (up from £37.22 in 2010) and a boom in luxury spending, which was facilitated by a strong portfolio of international luxury brands.

"Britain is getting more and more high net worth visitors from Russia, Brazil and the Far East," says Johns. "Luxury is booming and sales of luxury goods are expected to rise."

According to not-for-profit organisation Walpole British Luxury, which produces the UK Luxury Benchmark Survey with Ledbury Research, the UK luxury sector is expected to almost double in size in the next five years from £6.6bn in 2012 to £12.2bn in 2017.

Now with more than 52,000 square metres of retail space and more than 340 outlets offering luxury brands, including Paul Smith, Mulberry, Harrods, Ralph Lauren, Miu Miu and Ted Baker, Heathrow boasts the highest retail sales of any airport in the world.

And with fashion sales now thriving at airports, this month Heathrow has launched a ground-breaking personal shopping service. A new concept store from Dixons has also just been announced for T5, which will include an interactive and free-flowing layout, floating screens and a Knowhow service bar that offers shoppers expert technical advice.

Heathrow’s new Terminal 2 will also include a Dixon’s concept store, promising an "elite level of customer service", and John Lewis will also launch its first travel store at T2, having invested more than £1m in a 3,600 square foot store.

Gatwick’s transformation of its South Terminal is also attempting to improve its NRI figures by introducing new F&B brands and airport firsts, including Jamie Oliver’s restaurant, Aspinal of London, Ernest Jones and Snow+Rock, plus a new 6,500 square-foot Harrods fashion store, which is its biggest airport store in the world.

Ted Baker is launching a 1,000 square-foot presence at the South Terminal in December, as result of what chief executive Ray Kelvin describes as a "successful network of retail formats" that not only exports the brand, but also services passengers’ "last minute purchases".

"Around 93% of our passengers visit a retail outlet before boarding and 86% will make a purchase, so we need to offer them the right mix of services and products – whether it’s a luxury department store, family restaurant or high street favourite," said Spencer Sheen, head of retail, London Gatwick.

Snow+Rock’s 1,000 square foot presence at Gatwick’s South Terminal will be opening on 1 December. "It is a great step for us since Gatwick has a huge foot flow and is a main airport for ski destinations," says Kevin Young, Snow+Rock’s marketing director. "The style of the store will be in line with our new store in Selfridges and Kensington, which have been refurbished."

Airports, such as Heathrow and Gatwick, are progressing fast with their retail selection and technological advances are playing a part in improving how passengers shop. For example, Gatwick has installed 120 Samsung tablets at its South Terminal, allowing passengers to book onward travel and browse a fuller range of products.

Despite this type of development, Johns feels that airports are not effectively optimising all the resources available to them. "Airports need to market their retail offering way better online, as typically their online experience has not increased in performance in parallel to the in-airport experience," he explains.

"Shop and ship will see a big rise in my opinion – for example, shop the whole outfit in store and get it shipped to your home or pick it up on the way back."

"Gatwick’s transformation of its South Terminal is also attempting to improve its NRI figures by introducing new F&B brands."

An "art of the possible" app from HRS was trialled Gatwick Airport earlier this year and is designed to make an airport journey personalised and hassle-free.

"As we provide the airport and the airline the means to connect with their customer, we are able to offer a dynamic package," says Neil Norman, the founder and head of innovation of HRS, whose MFlow security systems are currently in 14 airports, including London City, Gatwick and BAA.

"Airports can roll together a premium package, like, for example, Living Social – we’re providing the tools for airports to go forward and engage with their customer base."

With more than three billion passengers currently travelling by air, and that number predicted to double again by 2030, by becoming more passenger-centric and retail savvy airports have the potential to vastly improve their NRI. "It’s all about personalisation, improved experience and interaction," says Norman.

Hartsfield-Jackson Atlanta international airport witnessed record passenger traffic of 55.22 million for the first seven months of 2013 making it the busiest in the world.