New figures released by GlobalData have shed light on the top locations for mergers and acquisitions in the airport sector.

Italy also performed well over the most recent quarter, with four deals (up from zero in 2021 Q4). 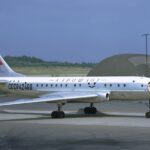 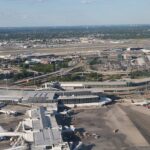 Which countries are emerging as M&A powerhouses?

As well as being a top location for M&A dealmaking in the airport sector, the US has also seen the largest uptick in recent months. The country has seen 28 deals announced over the last two complete quarters, up from an average of just 14 deals every six months between 2019 and 2021.

That's the largest increase in M&A dealmaking in the airport sector for any country.

The situation is less positive in Japan, which in the last two complete quarters has seen just eight deals announced.

That's a decrease compared the country's average of nine deals announced every six months between 2019 and 2021, and the sharpest decrease in M&A dealmaking in the airport sector experienced by any country in recent months.

Globally, the situation is looking mixed for mergers and acquisitions in the airport sector.

A total of 38 deals were announced over the last quarter, down from 46 deals in the previous quarter but up from from an average of 33 deals per quarter over the previous three years.

GlobalData tracks the performance and activities of more than 675,000 companies in over 200 countries around the world.