The top tweets are based on total engagements (likes and retweets) received on tweets from more than 150 airlines experts tracked by GlobalData’s Travel and Tourism Influencer platform during the third quarter (Q3) of 2021.

The most popular tweets on airlines in Q3 2021: Top five

1. Simon Calder’s tweet on lack of clarity about travel policies implemented by the UK government

Simon Calder, a freelance journalist and broadcaster, shared an article on the creation of a new category for incoming travellers, called the ‘amber plus’, by the UK ministers over fears surrounding the beta variant of coronavirus. All incoming double-vaccinated travellers from France were required to self-quarantine at their homes for ten days and also complete two PCR tests, as per the new rules implemented from 19 July 2021.

Many people had booked trips during the holiday season as per an earlier policy announced on 08 July 2021 that allowed fully-vaccinated travellers to re-enter Britain without the need to self-quarantine from amber list countries, the article noted. France is home to a number of British expatriates and property owners, and second to Spain in terms of visits from the UK.

The last-minute reversal in policy disappointed and confused travellers and airlines who were expecting quarantine-free travel to the UK from France. UK-based low-cost airline easyJet stated that the government’s new rules did not help in its efforts to curb the virus risk at its borders, as they were implemented just 60 hours ahead without prior intimation creating chaos and confusion. 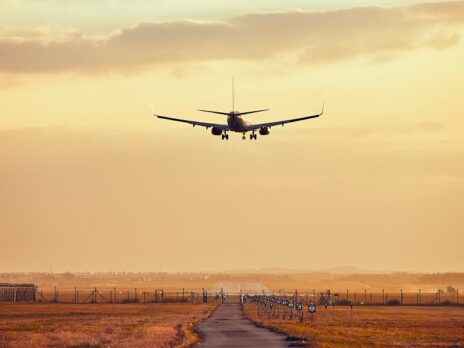 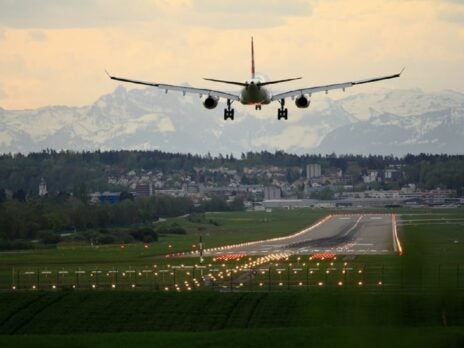 As rules for travellers from France are toughened, the boss of Britain's biggest budget airline, easyJet, has accused the government of "making it up as they go along and causing confusion and uncertainty".https://t.co/J5XQKbjZnb

Henry Harteveldt, president and founder of research and advisory company Atmosphere Research Group, shared an article on Delta Air Lines urging other airlines to create a No-Fly list of passengers who either misbehaved with employees or did not wear face masks onboard. The airline requested other airlines to respond quoting a surge in unruly behaviour by passengers on flights, and to restrict them from flying, the article highlighted.

Harteveldt believes it is a smart move and should be implemented. Delta currently has more than 1,600 people on its No-Fly list, which will be different from the No-Fly List of passengers maintained by the Federal Bureau of Investigation (FBI). The article noted that the carrier informed its attendants about the request ahead of an upcoming hearing in the House about disruptive and problematic behaviour on flights.

The Federal Aviation Administration (FAA) had logged 4,284 cases of such behaviour on flights since January 2021, according to Sara Nelson, president of the Association of Flight Attendants union. Three-quarters of the cases were related to people refusing to wear masks onboard flights, while 61% of the cases were related to passengers using sexist, racist, or homophobic remarks, the article highlighted.

Yes!! @delta’s move to create a national “no fly” list by letting #airlines share names of passengers banned for attacking employees and not wearing masks is smart. Hope it happens. https://t.co/OMnbeBtyDJ

3. Dominic Gates’ tweet on the FAA demanding Boeing to rework its manuals to include pilot emergency procedures

Dominic Gates, an aerospace reporter at Seattle Times, shared an article on the FAA demanding aerospace company Boeing to rework its manuals to include more detailed pilot emergency procedures for both the 777X and MAX 10 aircraft. Boeing has received intense scrutiny for the fatal crashes involving its MAX aircraft in Ethiopia and Indonesia that killed 346 people.

The FAA instructed Boeing to include formal certification documents for both the aircraft in the Airplane Flight Manuals and add specific details of the actions and checklists that the crew must follow in case of emergencies.

The FAA also demanded that the pilot manual should justify how the pilot emergency procedures relate to two other key certifications for the aircraft including the functional hazard analysis and the system safety assessment, which evaluate the possible failures in the airplane systems design.

Boeing, under intensifying regulatory scrutiny after the fatal MAX crashes, has been directed by the FAA to rework its flight manuals for both the 777X and MAX 10 to include detailed emergency pilot procedures.https://t.co/1aOL9thy80

Jamie Freed, an aviation and defence correspondent, shared an article on long-haul pilots at Australia-based airline Qantas experiencing mental health issues due to extended periods of stand-down and no flying, which was revealed through its online communication system Yammer. Pilots claim that worries related to uncertainty over health and job have been profound, while the financial hit from no-flying has been significant.

Qantas added 45 routes to its domestic network since the beginning of the COVID-19 outbreak, attempting to gain more market share, the article noted. International flights, however, were halted due to the government’s COVID-19 restrictions forcing 12 of the airline’s superjumbos to be withdrawn from operations and parked at the California desert since 2020.

The article detailed that A380 long-haul pilots have been impacted the most as the airline is not looking to restart international operations until 2023, as a result of which the international crew felt abandoned. More than 200 Qantas pilots were on leave without pay, while nearly all of the A380 pilots who were not flying since March 2020 were eligible for $500 a week from the government’s international readiness payment.

5. The Points Guy’s tweet on Delta testing a new tool for passengers to upload vaccine card before boarding international flights

The Points Guy, a travel blog and website, shared an article on Delta Air Lines testing a new tool that will allow passengers to upload their proof of vaccination before taking international flights to countries that require the vaccine mandate for travellers. The tool is still being piloted on certain overseas flights to Greece and Iceland, both of which require travellers arriving for non-essential visits to be fully vaccinated, the article detailed.

The tool allows travellers to upload a scanned version of their vaccination card, which is linked to the passenger name record (PNR) and the passport number of the person travelling. The article noted that the Delta tool comes at a time when countries are implementing new travel and entry policies at their borders to curb the spread of the highly transmissible Delta variant.

Delta is testing new tool to let passengers upload vaccine cards ahead of their flight https://t.co/dEFiF1qC1m