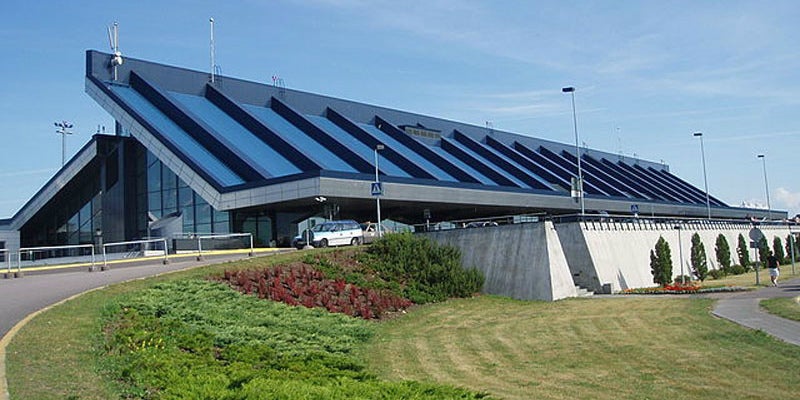 In order to improve the airport’s infrastructure capacity, a project to expand and modernise the airside traffic area and the passenger terminal was initiated in 2016.

An estimated €127m ($132.9m) will be invested in the development project between 2016 and 2020. The project is being supported by the European Investment Bank (EIB) and Nordic Investment Bank (NIB) through financial assistance announced in December 2016.

The project will enhance the airport’s handling capacity to approximately three million passengers a year. It will help the country to develop its international relationships and provide increased business opportunities.

Initiated in May 2016, the airport expansion and modernisation project comprises four major developments aimed at reducing the airport’s traffic congestion, as well as improving its environmental and safety performance.

The project will involve the expansion and reconfiguration of the airport’s passenger terminal, as well as development of air traffic areas, a new parking building and a new light rail link.

The airport’s runway will be lengthened from 3,070m to 3,480m, making it the longest runway in the Baltic States. The runway’s covering structure will be reconstructed, while the taxiways and aircraft platform area will be improved.

The runway’s ground lighting system will be replaced with a new LED-technology system and the navigation system will be upgraded to comply with ICAO Category II standards. The strip area of the runway will also be strengthened according to EASA standards.

To enhance the airport’s environmental status, a de-icing area and snow melting sites are being constructed at the eastern part of the airport, along with monitoring systems and an engine testing area.

Other minor works within the framework of the project include the renewal and upgrade of the airport’s maintenance, fire and rescue equipment, storm water drainage and de-icing network, as well as an aircraft run-up area and a new snow dump.

Furthermore, the aircraft apron system will be improved, petrol routes will be renewed, and a new runway maintenance equipment waiting area will be created.

The project is being executed in two phases, with the first phase executed between 2015 and 2017 and the second phase between 2019 and 2020.

The passenger terminal expansion began in September 2016 and is scheduled for completion by the end of 2017. It includes the extension and widening of the southern end of the terminal building, and the construction of a new pre-flight security control area..

On the terminal’s ground floor, the VIP and baggage handling areas will be expanded. Space will be created for offices, storage, changing rooms, and a new restaurant with a terrace overlooking the runway.

The construction will be completed in two stages, with the first seeing the construction of passenger areas, and the second delivering office rooms and other infrastructure supporting the airport’s activities.

A public transport hub will be opened at the airport for light rail and buses. It will be connected to the new light rail by a gallery with escalators.

The new transport hub will ease traffic conditions and provide new options for passengers travelling to and from the airport.

A new three-level parking facility was announced in 2015 to increase the airport’s parking capacity.

Located in front of the passenger terminal, the new facility will accommodate approximately 1,200 cars and 150 taxis. The facility is scheduled for completion by the end of 2017.

"The passenger terminal expansion began in September 2016 and is scheduled for completion by the end of 2017."

The NIB’s 13-year maturity loan will be used for the airside infrastructure improvement project, as well as the construction of the new parking facility and an aircraft painting hangar.

The first phase design and construction works of the air traffic area development are being carried out by Lemminkäinen Eesti AS and FIDIC, while engineering service are being offered by Taalri Varahaldus.

The design and construction contract for the passenger terminal expansion project was awarded to OÜ Astlanda Ehitus. The parking facility was designed by Ideab Project Eesti.

The ACV-Group consists of Airport Consulting Vienna GmbH (ACV) and...

GECI is a worldwide high technology, engineering, E&M support and...

Netaji Subhash Chandra Bose (Kolkata) International Airport is a civil airport located in West Bengal, India, about 17km from the…

21 Dec 2020
Registration is disabled.
We use cookies to ensure that we give you the best experience on our website. If you continue to use this site we will assume that you are happy with it.ContinueLearn more
Recommended article