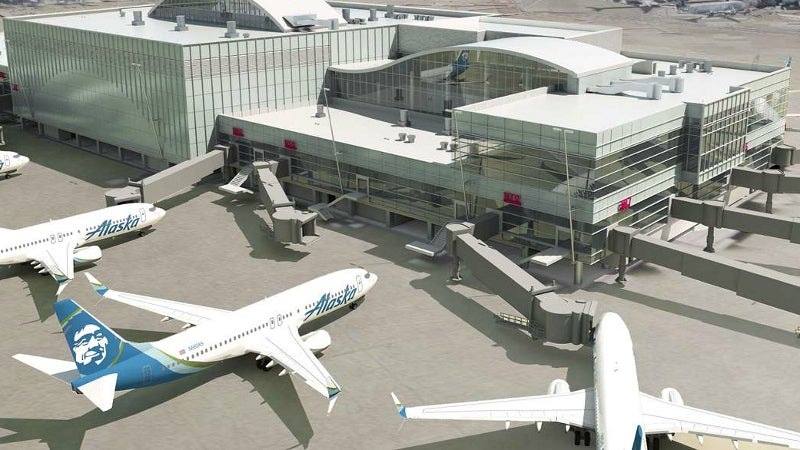 Seattle-Tacoma (Sea-Tac) International Airport, one of the fastest growing and busiest airports in the US, served more than 42 million passengers and 332,000 metric ton (mt) of air cargo in 2015.

To cater to the projected growth and to maintain the airport’s position as a premier international airport, Port of Seattle, the operator of the airport, announced plans for significant infrastructure investments at the airport.

It designed a Sustainable Airport Master Plan (SAMP), a long-term development plan comprising a number of landside and airside developments that will be implemented over five, ten, and 20-year timeframes.

As a part of the long-term plan, the airport released the final designs for a new international arrivals facility and north satellite modernisation project in September 2016. Construction of both the projects is scheduled to begin in the first quarter of 2017, and commissioning will be completed between 2019 and 2021.

The implementation of the SAMP is expected to make Sea-Tac the first hub airport in the US with fully-integrated sustainable features.

Sea-Tac‘s SAMP encompasses the development of new infrastructure and upgrades to the existing facilities, while minimising environmental and social impacts.

A new and expanded international arrival facility has been planned in order to meet the increasing international traffic at the airport.
The new facility will be a 450,000ft² multi-storey building located towards east of the current concourse A. Arriving passengers from south satellite terminal can reach the IAF through a 900ft-long and 85ft-high aerial walkway, which will be across the top of the existing taxi lane.

The number of passport check booths and kiosks will be increased from 30 to 80, while the baggage claim carousels will also be increased in size and in number from four to seven. The IAF will feature a single baggage claim process, provide direct access to the airport’s ground transportation and will also reduce passenger transit time.

Further, a secure international corridor will be built on concourse A that will add eight new international gates bringing the total gates to 20.

Designed to achieve LEED Silver Version 4 certification, the facility will have a peak passenger capacity of 2,600 passengers an hour, which is approximately double the current capacity.

Construction on the IAF will begin in early-2017, while opening is scheduled for late-2019.

Dubbed NorthSTAR (North Sea-Tac Airport Renovation), the North Satellite modernisation project is aimed at transforming the 40-year-old satellite terminal into a brand new facility that could respond to the anticipated growth in passenger traffic.

It will include the modernisation of the facility, seismic upgrades, passengers facilities upgrade, addition of new gates, and a roof-top boardroom lounge for Alaska Airlines boardroom.

A new upper level mezzanine will be added that will feature open circulation areas and dining venue, providing airfield views. Eight new aircraft gates will be added increasing the number of gates to 20. The terminal will also feature interactive signage and will be Wi-Fi enabled.

Other upgrades include renovation of the transit system lobby, baggage handling system refurbishment, improvements to walkways, elevators and stairways, and other main terminal improvements.

Construction will begin in early-2017 with phase one scheduled for opening in 2019, while the fully-upgraded facility will open in 2021. The second phase will include upgrades to the eastern part of the terminal.

The baggage handling system at the airport, which includes an aging conveyor system in place, will be optimised in collaboration with the Transportation Security Administration (TSA).

The existing baggage system, which features 10mi (16.09km) of conveyor belts, 28 CTX machines and six independent baggage systems, will be optimised with a new design and layout.

The conveyor belt will be extended with multiple bag routes and the speed will be increased to maximise capacity. A new consolidated system will replace the six separate systems. The new design enables capacity expansion to serve up to 66 million passengers a year.

Phase one of the optimisation will begin in the second quarter of 2017 and be completed in Q4 2018, while full construction is expected to be completed by Q2 2023.

Reconstruction of the centre runway (16C/34C) was completed in 2015. New LED runway lighting system and an automated electronic foreign object debris (FOD) detection system have also been added as part of the reconstruction. Connecting taxiways and other infrastructure have also been replaced.

"The implementation of the SAMP is expected to make Sea-Tac the first hub airport in the US with fully-integrated sustainable features."

The runway, which is the oldest at the airport, is 9,426ft-long and has a design life of 40 years. It is made up of more than 4,000 concrete panels and paved with asphalt and concrete.

The estimated investment for the international arrivals facility is $660m, while that for the north satellite renovation is $549.9m. It will be funded through revenues generated from the airport, passenger facility charges (PFCs), and revenue bonds.

The baggage handling system upgrade will cost approximately $320m over ten years and a portion of it, $93m, will be funded by TSA.
The runway upgrade project cost $80m.

The design-build contract from the international arrivals facility was awarded to Clark Construction Group, and Skidmore, Owings & Merrill LLP (SOM).