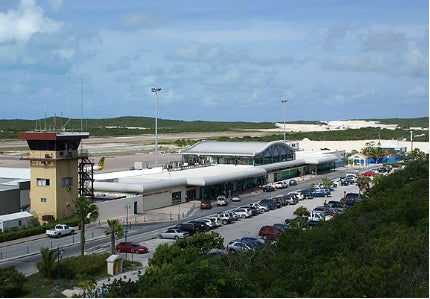 In July 2010, FirstCaribbean Bank partnered with Barclays Capital to provide $70m for the Phase I expansion of Providenciales Airport.

"Also known as Provo Airport, it is operated by Turks and Caicos Islands Airports Authority (TCIAA)."

The asphalt-coated runway was extended to a length of 2,807m to facilitate take-off and landing of all medium-sized and large aircraft. The extended runway was opened in August 2011.

A new taxiway (Golf) was built and a new air-ground lighting system was installed during the Phase I expansion. The aircraft parking apron was extended by 70,000m². The airport’s security was also enhanced by adding a 7.7km perimeter fencing line topped with barbed wires and curled razor wires.

The $10m Phase II project was completed in three stages. It included the expansion of terminal building and a parking lot, installation of a new flight display system, and expansion of the check-in counter areas, departure lounge and roadways for an improved passenger experience.

The expansion increased the terminal size from 51,462ft² to 92,321ft². The expanded terminal has additional bathroom facilities, retail space for shops and restaurants and self check-in kiosks. It has an upper parking lot that can accommodate more than 300 cars.

A new traffic circulation system was built during the first stage of Phase II. It also included the extension of the west car park and departure lounge, and relocation of the parking lot to the terminal building. The parking lot is elevated and has three tiers: executive, main and overflow.

Dolmen Construction completed the construction of the new traffic circulation system and preliminary works for the upper west parking lot by June 2013.

The second stage included the extension of the check-in area, security checkpoints and arrivals hall. The final stage of the Phase II was mainly focused on the domestic area, car parking and aesthetics.

The airport has two departure lounges, one for international flights and the other for domestic flights. It features automated check-in kiosks for major airlines. Lime TCI installed Wi-Fi services at the airport’s departure lounge in January 2013.

"The airport has two departure lounges, one for international flights and the other for domestic flights."

The nearby 25-room Airport Inn Hotel offers high-quality dining facilities and other hospitality services to passengers.

The airport has an air centre with hangar space to store between 50 and 60 aircraft at a time. It is the only fixed base operator (FBO) at the airport and includes a customs and immigration service centre.

The $15m centre features a wide parking area and modern lounges with advanced facilities for the crew. It also provides other services such as fuel, parking, maintenance and cleaning, car rental and food facilities at the airport.

Contractors involved with the expansion project

Dexter Construction received a $35m contract for Phase I in April 2010. Dexter served as the construction manager for the project. The subcontractors were Cove Construction and CBMS.

Dolmen Import and Export was the construction manager for the Phase II expansion of the airport. RBS Architects designed the terminal expansion.

London Heathrow International Airport is one of the busiest airports in Europe. It handled 69.4 million passengers and 1.48 million tons of cargo in 2011.