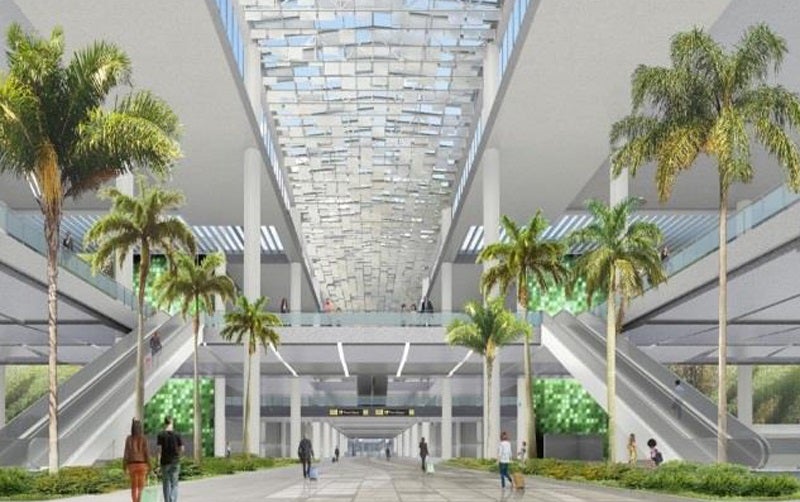 Orlando International Airport, the second busiest airport in Florida, US, with an annual passenger capacity of 38.8 million, is about to launch a major development project to handle increasing passenger numbers.

A new $1.8bn South Terminal Complex and associated facilities are planned to be constructed as part of the airport’s revised 2016-2023 Capital Improvement Plan.

“The proposed development will enable the airport to enhance its ability to meet the current demands, while also laying foundation for the future.”

Phase one of the project was approved by the Greater Orlando Aviation Authority (GOAA) Board in May 2015. It is scheduled to begin in the first quarter of 2017 with the new terminal expected to be commissioned in October 2019.

Purpose of the South Terminal Complex at Orlando

The proposal to construct south terminal complex has been accelerated due to increasing passenger numbers, both domestic and international, which are likely to affect the service level at the airport’s existing North Terminal Complex.

The current and projected passenger growth are attributed to the growth in tourism, medical research, business and education sectors. New international airlines and new routes from existing airlines have also been added.

The increasing traffic is projected to create critical operational stress on facilities, including the international gates, customs and border protection, passenger security checkpoints, ticketing, and baggage handling systems, within the next few years.

Along with another $1.1bn expansion currently underway, the proposed development will enable the airport to enhance its ability to meet the current demands, while also laying foundation for the future.

The project will be executed in phases with the development of the South Terminal Complex and associated facilities in a 300-acre area.

Phase one will see the construction of the new airport terminal building with 16-24 airline gates capable of handling narrow-body, jumbo and super-jumbo aircraft.

The project also includes the construction of associated improvements and infrastructure, including roadways, aprons, taxiways, lighting, walkways, aircraft loading bridges, concessions and security improvements. Development of a six-storey parking garage with a capacity to accommodate 2,500 cars, expandable up to 5,000, is also part of the project.

The development project will adopt a sustainable management plan to achieve LEED certification.

The new Terminal C will feature three levels with ground transportation on the first level, departures, ticketing and security on the second, and arrivals and baggage claim on the third level.

A corridor, known as Boulevard, passes through the length of the terminal connecting major passenger areas of the facility, the ticket hall and the concessions hub.

The design contract for the first phase of the project has been awarded to Fentress Architects, an aviation architecture firm based in Denver, US. The company is performing consultation and design work on the project.

The construction contract for the airside terminal of the South Terminal C has been awarded to PCL Construction Services.
Florida Institute of Technology’s Institute for Cross Cultural Management has been contracted to serve as the international cultural consultant. The institute will provide advice on cultural aspects of the project related to the design and development of the new terminal.

Financing for the new terminal at Orlando airport