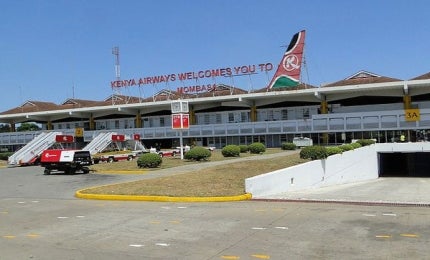 Moi International Airport is the second biggest airport in Kenya and is located in the city of Mombasa. Also known as Mombasa Airport, it is spread over an area of 539ha and is operated by Kenya Airports Authority.

The airport handled 1.3 million passengers in 2013, becoming the second busiest airport in Kenya. In June 2014, the Moi International Airport authority announced a major upgrade plan, which includes a new runway, apron expansion, terminal buildings and a power supply boost. The upgrade is estimated to cost Sh7.5bn ($84.36m), 85% of which will be financed by Agence Francaise de Development and 15% by World Bank.

The airport expansion is expected to be completed by early 2016. The runway upgradation will be carried out in phases. Two enhanced 33kVA electric feeders will be installed to boost the power supply. The passenger terminals will be upgraded to increase the passenger handling capacity to 2.4 million per annum.

"The Moi International Airport was started as a small airstrip during World War II and had two runways, which used to serve only DC and similar aircraft."

The Moi International Airport was started as a small airstrip during World War II and had two runways, which used to serve only DC and similar aircraft. The Governments of Japan and Kenya undertook an expansion project between 1974 and 1977 to accommodate B474 aircraft. A new terminal covering an area of 15,000m² was built as part of the project. The airport got international status in 1978. The second passenger terminal was built from 1994 to1996 to handle the increased passenger traffic.

Other facilities and services at the airport

The airport features ten taxiways, including taxiway A, a parallel taxiway that is 3,564m long and 23m wide, and taxiways B, C and D, which serve as 23m-wide exit taxiways.

Norwich International Airport is spread over 280ha in Norwich, Norfolk, UK, and is one of the country’s busiest airports.

The Moi International Airport has three aprons. The main apron is a passenger apron, which constitutes nine rigid pavement bays. The apron also has a ground safety service road, lawn and a static tank.