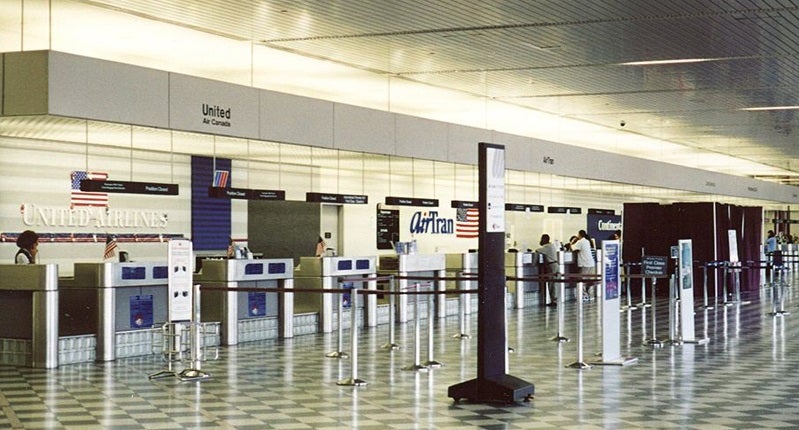 Located 6km south-west of Rochester, New York, US, Greater Rochester International Airport (GRIA) connects western New York with other parts of the nation and the world.

Owned and operated by The Monroe County Airport Authority (MCAA), the airport has the capacity to handle 2.4 million passengers a year.

To improve passenger amenities and to maintain the airport’s viability in the current aviation market, the MCAA has submitted an infrastructure plan proposal to the New York State in July 2016.

"The MCAA has submitted an infrastructure plan proposal to the New York State in July 2016."

If approved, the project will transform the existing terminal building into a state-of-the-art smart terminal and enhance the safety and security at the airport.

Located on the north side of the airport, the existing two-storey terminal building was constructed between 1989 and 1992. It is a 380,000ft² facility featuring two concourses with 11 gates each, baggage processing functions, and airport administrative offices. All the 22 gates are connected to a central processing facility.

The MCAA also intends to undertake a feasibility study for the development of a multipurpose technology incubator that will allow airport technology innovations.

If approved, the proposed development will create a world-class terminal facility and enable the airport to continue to be operated as a safe, efficient and affordable transportation hub. It will also fuel the local economy by creating jobs and attracting more tourists to the County.

In 2016, New York State announced the Upstate Airport Economic Development and Revitalization Solicitation project to encourage developments in commercial and cargo service airports. It announced a $200m state-wide fund from which eligible airports will receive a maximum of $40m to perform the necessary airport improvements.

The MCAA has applied for the same by submitting a modern and transformational project design created by industry experts.

The airport features three runways with the primary runway (4/22) being 8,000ft-long and 150ft-wide. The runway is equipped with instrumental lighting system (ILS) and high-intensity approach lighting system, and supports majority of airline and air cargo jet traffic at the airport.

Runway 10/28 is 6,401-long and 150-wide and is used for secondary purposes such as crosswinds operations.

The third runway, 7/25, is a general aviation runway measuring 4,000ft-long and 140ft-wide and used for non-jet aircraft.

The ATCT at GRIA is one of the few towers in the US to use the latest state-of-the-art radar display system, the Standard Terminal Automation Replacement System (STARS), which enables the controllers to guide aircraft more safely.

Parking at the airport

The short-term parking lot is an outdoor parking facility for limited time parking. The only covered parking available at the airport is the long-term parking garage, which features elevators and stairways between levels.

The weekly parking lot allows the customers to park for seven continuous days and also provides walk-in access to the terminal.

The shuttle facility provides on-airport parking and a shuttle service to and from the terminal.

The economy shuttle parking is an off-airport parking lot and a shuttle service up to the airport terminal.