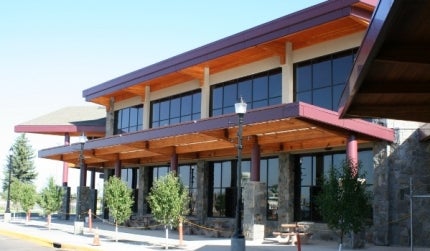 Bozeman Yellowstone International Airport serves the city of Bozeman in Gallatin County, Montana, US. It is a public airport located in the town of Belgrade, around seven miles northwest of Bozeman.

Seifert Airport, constructed in 1928, was the first airport in Belgrade. In 1920, the airport was relocated near to the current site. It had six runways with lengths ranging from 1,200ft to 1,300ft and a width of 100ft. In December 1940, the airport got a federal grant of $47,000 for the construction of the basic airport. The airport was named Gallatin Field Airport and became a city county airport in 1942.

Runway 12/30 (5200ft), Runway 16/34 (5100ft), Runways 3/21 and 7/25 (4700ft), and Taxiways A and B were built as part of the airport’s expansions in the 1940s. A $153,000 airport administration building designed by Fred Willson was constructed from 1950-51. The building was later re-modelled and currently serves as the Aircraft Rescue and Fire Fighting (ARFF) operations and Transportation Security administration (TSA) personnel office.

The original airport terminal with two ground level gates and an airline terminal ramp with a capacity to handle two aircraft were opened in 1952. In the 1960s, various expansions were carried out with a federal fund of $606,000. These included the construction of a general aviation apron and extension of the Taxiway A.

Runway 12/30 was extended to 9,000ft. Taxiways C and D were constructed in 1965. Taxiway C was widened further, reinforced and new lighting systems were installed.

A new terminal building with two levels and two gates, and a new terminal ramp with a capacity to handle four aircraft was opened at the airport in 1977. The terminal was expanded and a second gate in the upper level was added in 1983.

Missoula International Airport (MSO), which was previously known as Johnson Bell Field, is situated about 6km north-west of the City of Missoula in Missoula County, Montana.

Phase I of the expansion consisted of the development of the ticket lobby, and relocating the restaurants and lounges to the upper level. Phase II included the expansion of the baggage claim and ground transportation areas.

The upper level consists of a meet-and-greet area, security checkpoint and access ways to gates 1 to 7. The terminal offers wireless internet access.

A $40m terminal expansion project started in the airport in June 2009. The terminal size was doubled and the number of gates increased from five to seven as part of the expansion.

The passenger screening checkpoint was expanded, a third baggage claim carousel and many food, beverage and retail concessions were added. The expansion was undertaken to enable the airport to handle the increasing passenger traffic over the coming 10 to 15 years.

The project was completed in 2011 and expanded the total terminal space by 125,000ft2. It was funded by a combination of Airport Improvement Programme grants and capital improvement fund. Funding of approximately $16m was arranged from external sources.

"The airport is owned by Gallatin Airport Authority and was previously known as Gallatin Field Airport."

The parking lot adjacent to the terminal offers short-term and long-term car parking. A Terminal Parking Lot expansion project started in June 2008 increased the parking lots from 760 to 1,400. The project was completed by late 2008 and also included the expansion of exit plaza with new equipment. It was undertaken as part of a $50m terminal expansion project spanned over ten years.