On 25 January 1990, the Avianca flight from Bogota, Colombia, to JFK Airport in New York, was running out of fuel in the most appalling weather conditions. After being kept in a holding position by air traffic control (ATC) in New York, the plane’s fuel tank was running dangerously low.

With air traffic control unaware of the gravity of the problem, the plane crashed just nine minutes later. Out of the 158 people on board, 73 died, including the pilot and the co-pilot.

“One of the factors was the failure of the pilot communicating with ATC to state the word ‘emergency’ or ‘Mayday’ explicitly,” explains Elizabeth Mathews, a former linguistic consultant for the International Civil Aviation Organization (ICAO) and assistant professor at Embry-Riddle Aeronautical University (ERAU) in Florida.

“‘Emergency’ has a specific meaning in ICAO phraseology,” Mathews says. “It clues controllers to initiate a specific set of emergency procedures, such as clearing all other aircraft and giving priority to the aircraft in an emergency situation.”

She explains that while the Avianca pilot referred to their increasingly dangerous fuel situation several times, it was never in “a manner in which the controller understood they were in a fuel emergency”.

Although ICAO language standards existed at the time, Mathews says they were not as clear as the strengthened 2008 ICAO Language Proficiency Requirements.

Since 5 March 2008, pilots’ English language proficiency must be at least ICAO level 4 (tested every three years). Plain language is only to be used when “standardised phraseology cannot serve an intended transmission”.

‘Language as a Human Factor in Aviation Safety’ initiative launches

Find out more
” Communication is universally acknowledged to be critical to aviation safety.” 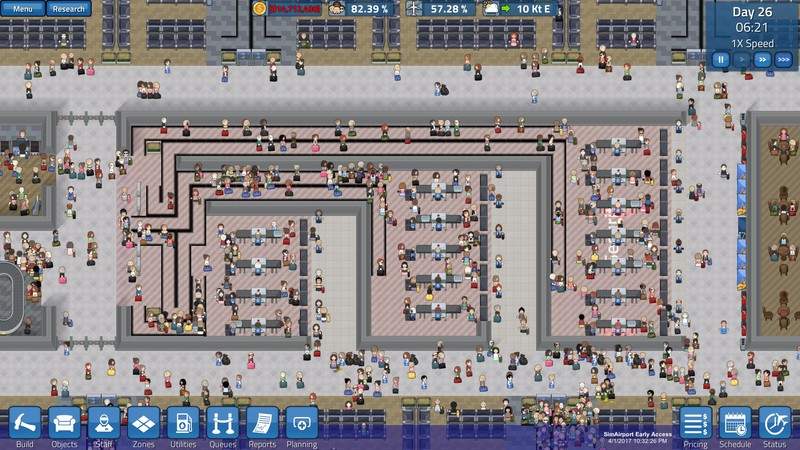 How closely do airport simulation games reflect the industry?

She strongly believes that language issues are not investigated with the same degree of systematic and expert thoroughness with which other human and operational factors are considered.

“Embry-Riddle hopes to provide an organisational focus to support human factors specialists, accident investigators and safety experts to better consider communication and language factors,” she says, “and to build a bridge between the field of human factors in aviation and applied linguistics.”

Working as an applied linguist in the aviation industry for over 20 years, Mathews has scoured databases of aircraft accidents all over the world to determine the role communication deficiencies may have played.

“It is clear that accident investigators lack the tools and background linguistic familiarity to identify any, but very blatant, language problems,” she says.

Mathews is co-authoring a book, English in Civil Aviation, in which she provides a linguistic review of the American Airlines accident in Colombia on 20 December 1995.

“When American 965 crashed into a mountainside near Cali, Colombia in 1995, the last controller in communication with the English-speaking US pilots admitted to accident investigators that he had suspected, from the pilot communications, an anomaly in their position,” explains Mathews.

The controller also said that if the pilots had spoken Spanish, he would probably have sought to clarify the situation.

“In that case, clarification of their position would have required the use of plain language beyond the standard phraseology provided in ICAO documents,” says Matthew. “In other words, the controller was apparently proficient in English phraseology, but did not have adequate plain language English proficiency to communicate his concerns to, or seek to clarify their position with, the pilots of American 965.”

“How to understand, manage and improve English communications is a hot topic.”

Despite this, the Colombian accident investigation team determined that the controller’s use of ICAO phraseology was in compliance with ICAO Standards at that time.

However, Mathews explains that a closer review of ICAO language-related Standards and Recommended Practices, and a more nuanced understanding of language use in aviation, would have made apparent that controllers were required to have plain language proficiency.

With international air travel growing exponentially and more non-native English pilots and air traffic controllers likely to come into the industry, how to understand, manage and improve English communications is a hot topic.

Last year the UK’s Civil Aviation Authority released a report by Dr Barbara Clark, which investigated the “state of the English language in the aviation system”.

The area flagged up as “most troubling” was “the under-reporting of language-related miscommunication which contributes to incidents and accidents”. During an 18-month period, 267 Mandatory Occurrence Reports were found to be related to miscommunication.

Controlling language and culture in the cockpit

When different cultures and nationalities have to work together in the cockpit, there are thousands of different miscommunications that can arise.

Another issue that plays out in the cockpit when native and non-native English speakers need to communicate is described by Captain Enrique (Rick) Valdes, a retired United Airlines Captain with more than 40 years’ commercial flying experience.

“There is an urgent need to focus on aviation communications from the perspective of applied linguistics.”

Along with Mathews, Valdes has been one of the aviation industry’s driving forces pushing for the enforcement of English language standards over the last 20 years.

From 2000 to 2013, Valdes was the International Federation of Air Line Pilots’ Associations representative to the ICAO study group: Proficiency Requirements In Common English Study Group.

It focused on creating the English language proficiency requirements for pilots and controllers, which strengthened language standards in 2003 and were adopted by the ICAO in 2008. In 2006, Valdes was awarded the ALPAI Presidential Citation for his work with the ICAO.

Valdes refers to a study that he and Mathews worked on in a simulation environment with a group of pilots. “We had two different nationalities who both spoke Spanish as a native and we presented them with a Line Oriented Flight Training scenario,” he explains. “We swapped the crews around, and replaced the first officer with a native English speaker and gave them a similar scenario, and it was amazing to see how differently the scenarios played out.”

“It was like having two different men in the cockpit – the cultural differences that you bring into the cockpit are significant,” he says.

Another safety gap starting in the classroom?

An area that Valdes has always advocated for is reading and writing proficiency, as well as speaking. Originally, when he first started working with ICAO, it was related to the text communications between ATCs and pilots known as Controller-Pilot Data Link Communications.

Valdes says that back in 2003 the ICAO preferred to focus on implementing the English standards for phraseology. Yet it was only six months ago that he realised, while working on a project with Mathews, that most of the English as a Second Language pilots who are at ICAO level 4 may not be able to fully understand the English language manuals that describe in detail how to use the aeroplane’s systems. This could also potentially contribute to an aircraft emergency situation in the future.

Urgency to focus on aviation communications

“Currently, the team is developing an English for Flight programme which can be offered both in the classroom and online, training solutions for English teachers who wish to become aviation English teachers,” Roberts says.

ERAU also has a memorandum of understanding with Georgia State University Department of Applied Linguistics, led by Dr Eric Friginal, who is guiding linguistic research into aviation communications, and is hosting the International Civil Aviation English Association Conference in May.

Mathews says there is an urgent need to focus on aviation communications from the perspective of applied linguistics.

“Without an accurate perception of the problem, appropriate resources are not allocated, creating a growing safety gap in an increasingly multicultural industry,” she says.