For many passengers, finding a parking space at the airport is the cherry atop the towering wedding cake of stress that comes with air travel. However, over the past two years French technology developer Stanley Robotics has been trialling a new solution that delegates the hassle to someone else – or rather, something else.

Codenamed ‘Stan’, the company’s new automated valet robot is able to park passengers’ cars for them, saving them valuable time for scouring duty-free or the inevitable passport-related panic.

“We call it a valet parking robot because people just need to drop off their car at the entrance of the car park and then they can basically leave and catch a flight, but it’s doing more than just valet parking,” says co-founder and COO of Stanley Robotics, Stéphane Evanno. “It’s a machine that autonomously detects a vehicle, slides under it, lifts it gently by the wheels and moves it to a storage area.”

The autonomous robots were tested at France’s Charles De Gaulle Airport earlier this year, and the company has now taken the next step, signing a strategic partnership with Lyon-Saint Exupéry Airport and its owner, Vinci Airports, to introduce the valet technology in the airport’s long-stay car park.

As robotic valets are gradually deployed at Lyon from November, passengers and airport staff will be able to drop off their car in a well-lit, spacious area. After locking their vehicle and confirming their booking via a nearby kiosk, Stan will then collect the car and take it to a secure space for the duration of the owner’s trip.

The robot is said to scan vehicles and adjust the dimensions of its ramp accordingly. It then clamps onto a vehicle’s wheels, before using a ‘military-grade GPS system’ to locate and ferry itself over to a designated parking space.

“The robot uses the same technology as self-driving cars.”

“[The robot uses] the same technology as self-driving cars, is able to scan its environment at any time, and react to anything that would be in the way,” says Evanno. “So the system is meant to work autonomously without the presence of anybody on-site.”

Customers will no longer have to fret about lugging their bags back to their car on their return to Lyon. Passengers’ flight itineraries are loaded onto the Stan system, allowing it to deliver cars back to their owners at the entrance.

“You get an indication where your car is, and then [it] will be waiting for you in the departing position,” says Evanno. “You just have to find your keys, enter your car and go out without even manoeuvring.”

Getting passengers on board

For some passengers, the knowledge that a robot will be taking charge of their pristine Ford Fiesta could be a hard pill to swallow. However, Evanno stresses that the solution has been designed to be ‘better than a human’ when it comes to safety. 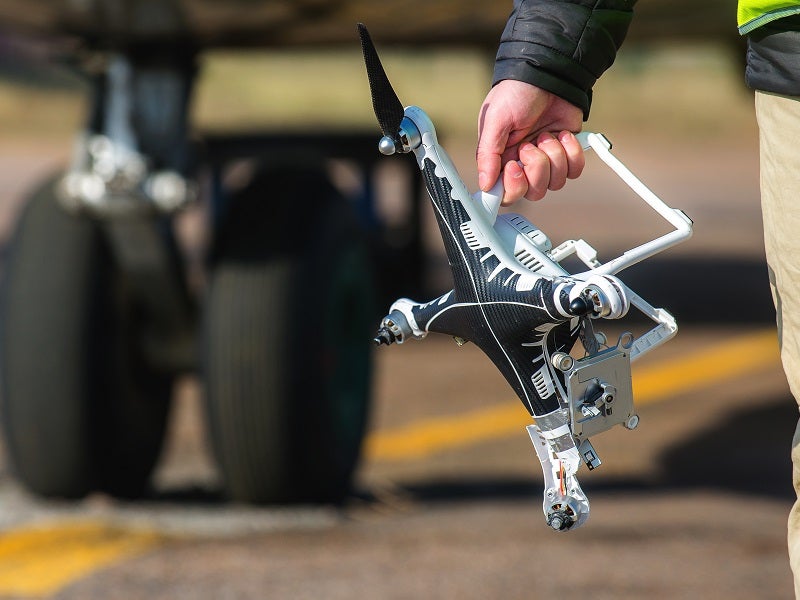 Countering drones at airports: what are the technology options out there?

“Because the car is stored in a non-public area, you are sure that you will not have somebody who will damage your car when opening the doors,” he says. “Your car is protected from damage and the whole storage area is closed to the public, so it’s safe for the integrity of the car and for the owners.”

Indeed, Evanno claims that feedback was ‘overwhelmingly good’ during the five-month trial at Charles de Gaulle Airport, where the system operated so seamlessly that some customers weren’t even aware a robot had been involved.

“Stanley Robotics is planning to offer maintenance personnel that can regularly check the technology.”

“They did not understand that their car would not stay in that wide space where they left it,” says Evanno. “They were just wondering why the car was in another position when they returned.”

Even though the robots are capable of operating autonomously, Stanley Robotics is planning to offer maintenance personnel that can regularly check the technology on-site and perform fixes, as well as redundancy solutions in case something goes wrong.

“We have contingency plans for anything that can happen and we work a lot on that with each single airport we are in projects with,” Evanno says. “We also plan to have some spare robots just to cope with any unexpected event, [such as] too many planes landing at the same time.”

For the environmentally minded passenger, he also explains how the battery-driven robots are doing their bit for the planet, as “cars are not polluting any more while searching for a space.”

How will the airport benefit?

Stanley Robotics’ current focus on airport parking is understandable given the decidedly un-spontaneous nature of aviation.

Passengers need to book ahead for flights and parking, thus allowing the company to predict incoming flows and act accordingly. What’s more, a car can be effectively hemmed in without any trouble, as the system knows its owners are still gallivanting around the Caribbean for the next two weeks.

As the car park becomes a secure zone, there’s no need for many of the standard formalities that need to be observed, such as lighting, gates, road markings, or even security personnel.

“All that is gone and replaced by something new and cheaper and more efficient in terms of the passenger journey,” says Evanno.

However, one of Stan’s greatest assets is that it can be used to safely park vehicles much closer to each other, creating additional capacity in an already full-to-the-rafters car park. After the Lyon deployment is completed in the coming years, the technology is expected to increase the number of spaces in the airport’s P5 long-stay parking area from 8,000 to 12,000.

The benefits of such a system become much clearer given the airport’s rising passenger numbers. In 2016, a total of 9.5 million passengers travelled to and from Lyon-Saint Exupéry, marking a rise of 9.8% compared to 2015.

More passengers means that more parking spaces are required, but as Evanno highlights, advances in technology and the overall faff of infrastructure preparations make this much a more difficult situation for airport managers to judge.

“It’s a bit challenging for airports to plan infrastructure projects at the moment in parking because they are wondering ‘what will it be with self-driving cars? What will it be with car-sharing trends?’” says Evanno. “So it’s complicated for them to say we need to invest in a big new construction that will cost maybe millions more euros or pounds.”

The new robot valets eliminate this problem by giving airports a way to adjust the capacity of their existing car parks, without having to invest in costly expansions.

“When [airports] start they can increase gradually,” says Evanno. “If one day they need less, either we decrease the number of robots that are needed, or they can decide to decrease the size of their car park and then use the free space for other operations, so they can still increase their revenue even if their revenue in parking is decreasing.”

The advantages of the Stan system clearly stretch beyond a futuristic ‘wow’ moment for passengers. With robots already powering up at Lyon and more projects allegedly on the way, Stan could soon be bobbling around an airport near you.