The ‘human factor’ in air traffic control has been the subject of widening discussion as air navigation service providers (ANSPs) increasingly push the boundaries of technology and automation. Recent incidents in the US have reawakened a conversation about the burden placed on ATC operators, and the factors impacting their performance.

In November 2018, an air traffic controller at McCarran Airport, US, was heard slurring her words and giving unclear instructions as pilots continually asked her to repeat herself. Following this, the FAA made a statement saying it was investigating the causes of the incident, and that the controller was no longer employed at the airport.

Air traffic controllers were forced to work without pay as a result of the US Government shutdown. Temporary layoffs led to some airports being thin on the ground, leading to overtime and cognitive overload for controllers essentially working for free.

“It’s a very high-stress job and you need to be on your game at all times,” Mick Devine of the National Air Traffic Controllers Association (NATCA) told NPR. “There is a concern that as this goes on, the human factors aspect of this shutdown will take a toll on the psyche and concentration level of our members.”

Putting procedures in place for emergencies

Following the Las Vegas incident, the FAA introduced a new policy requiring two controllers to be in air traffic control tower at all times for the first 90 minutes. A NATCA statement provided to AIR in December said it was ‘important to remember the outstanding work that is done every day by the thousands of men and women who keep the National Airspace System safe.

“Controllers work in teams and are continually communicating with each other.”

“We are proud of our safety record both in Las Vegas and at every facility and will continue to work to keep our airspace system the world’s safest,” said the NATCA statement.

NATS Head of Human Factors Neil May is tasked with minimising the impact of human error and enhancing safety in air traffic control operation. He says that for UK controllers, training is provided on an annual basis for unusual circumstances and emergencies, so they are well practised in taking over from another controller in an emergency situation should the need arise.

“Controllers work in teams and are continually communicating with each other,” he says. “If the behaviour of a controller was unusual, this would be spotted immediately by one of their colleagues who would raise concerns with the individual, the supervisor and other team members. Assistance would be provided to the incapacitated controller and a team member would immediately take over the role of that controller ensuring a safe operation.”

Causes of stress in ATC

Pursuing the human factor consists of decreasing the potential of ATC error while enhancing safety. A major aspect of this is analysing sources of stress and streamlining ATC procedures to lessen potential impacts on human performance. According to SKYbrary, the most common sources of stress in ATC are related to the operational aspect, such as peaks of traffic load, time deficit and limitations in equipment, and organisational aspects, such as shift management and conflicting roles. 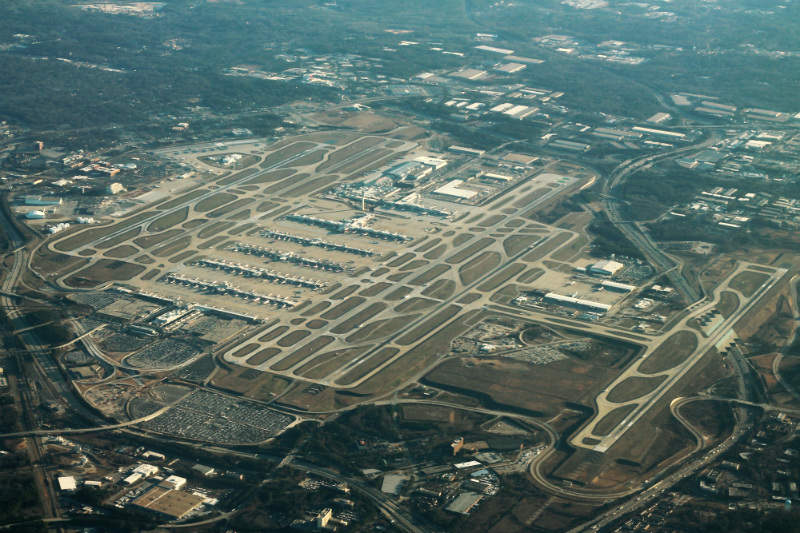 “Much of the stress placed upon air traffic controllers is dependent on the organisation or culture they work in.”

Stefano Bonelli is a human factors expert working at Italian consultancy Deep Blue. He says that much of the stress placed upon air traffic controllers is dependent on the organisation or culture they work in.

“What is stressful for Italians maybe is not stressful if you go to Germany because the context is different, the training is different and so on,” he says. “There are some events that are stressful for all, but you have specific situations generating stress.”

The role of air traffic controllers is set to change in the future due to the use of highly automated systems. For example, the FAA’s NextGen development programme has been striving to create a future in which air traffic controllers will work with new automation tools, such as the Standard Terminal Automation Replacement System, En Route Automation Modernization, and Data Comm.

“You are changing the role from an active role to a monitoring role,” says Bonelli. “This means that there will be different situations leading to stress.”

Analysing the impact of new technologies on human’s performance

“Many of the ways of estimating the impact of a new tool on stress don’t always hit the mark.”

Concluded in 2018, the project had a number of outcomes, including ‘guidelines for the design of innovative technologies that are compatible with human capabilities and limitations.’ However, arguably the most important development of the project is a neurophysiological measurement toolbox, which can assess the impact of future ATC scenarios on controllers.

STRESS identified a number of relevant human factors, including attention, mental workload, and types of cognitive control on tasks. Using a number of air traffic controllers as test subjects, it collected data that was used to develop specific neurophysiological indicators (i.e. brain activity) for each of these factors. The next step of the project was to then measure neurophysiological signals given off by controllers while they participated in a simulated future ATC scenario.

Bonelli says that there are many of the ways of estimating the impact of a new tool on stress, but that these don’t always hit the mark. Questionnaires provided to controllers may be too subjective, whereas measuring the level of cortisol in the blood – another stress indicator – is too invasive.

Bonelli adds that if it were distilled into a more practical device, the STRESS technology could be used by ANSPs during demonstrations of new automation procedures. Controllers would be able to objectively show their employers whether new tools/procedures were, in fact, increasing their workload beyond a reasonable limit.

“We spoke with a lot of controllers and they would like to have these kinds of tools because now organisations don’t trust them,” Bonelli says.

Bonelli says that feedback had generally been good for the project so far. One ‘extreme’ worry was that the tool could be used by ANSPs to determine whether or not an employee was too overwhelmed to carry on in their position. However, overall controllers saw it as a good tool for proving their point.

Next steps for the project will involve increasing the scope of the technology to measure not only stress and attention, but other factors such as fatigue and situational awareness.