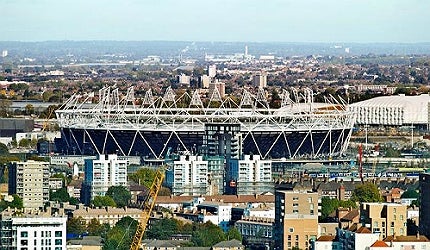 Heathrow Airport has consistently been receiving criticism in the national press for its lack of preparation with regards to the anticipated impact of passengers travelling into London for the Olympics, running from 27 July to 12 August 2012, and also the Paralympics, from 29 August to 9 September 2012.

Border delays resulting in long queues, staffing issues, insufficient upgrading and baggage system weaknesses are just some of the areas being called into question, with many doubting that Heathrow and the other London airports will be able to cope with the increased strain during peak periods.

But what really is the situation at London's airports and Heathrow, as the host airport, in particular? Will they be able to effectively cope with the influx of travellers into London?

"There have been many scare stories in the press about what a disaster the Olympic period will be and aviation is one of the areas they are focused on," says aviation consultant Simon Morris of AT Kearney. "One of the major issues that is obviously hitting Heathrow very hard, even if you take the Olympics out of the equation, is border control."

One aspect of border control that has come under fire is the ceasing of Project Iris, the UK's iris scanning programme, which started in 2005 in Heathrow terminals 1, 3, 4 and 5, and also at Gatwick North.

It allowed registered non-Europeans to move quickly through border security, but it was scaled back and replaced by the eGate system. "Continuing Project Iris until after the Olympic Games would have been the most sensible solution," said Neil Fisher, vice president of Global Security Solutions at Unisys.

Heathrow is currently having difficulty meeting its UK Border Force (UKBF) targets of processing 95% of EU passengers in 45 minutes or less. Stories of empty passport control desks and long queues have been widely reported. On 9 July the Financial Times reported that Keith Vaz, the Labour chair of the home affairs committee, was "appalled" by the length of queues at Terminal 4.

London Heathrow International Airport is one of the busiest airports in Europe.

In response the home secretary, Teresa May, explained that staff had been increased at Heathrow and other airports with "extra arrangements" in place for the Olympics.

Darren Caplan, Chief Executive of the Airport Operators Association, said: "We are assured by UKBF that at peak times all airport immigration desks will be manned; and we sincerely hope that the UK Government will ensure UKBF is provided with the necessary resources and technology to cope."

The prospect of a well-prepared Heathrow was confirmed by the Home Office. "We are fully prepared for the busy Olympic period and will be implementing our well-rehearsed plans," said a UKBF spokesperson. "This includes staffing all immigration desks at key ports whenever necessary during the peak Olympic and Paralympic arrivals period."

Passenger peaks during the Olympic Games

"One aspect of border control that has come under fire is the ceasing of Project Iris, the UK's iris scanning programme."

Simon Morris believes that as London airports have been operating at less than full capacity, the increase in traffic during the Olympic period will not create a surge in passenger numbers that hasn't been dealt with before.

"BAA produced a public forecast of what they think the peak Olympic demand will be: 138,000 passengers. If you add this to a normal level of traffic departing from Heathrow you get 95,000 and that combined is 233,000 - exactly the same as a peak the airport achieved in 2011 without a problem," said Morris. "So in other words the Olympic peak will be the same as a peak day in the summer of 2011, a day it has coped with in the past."

This idea has been confirmed by a Heathrow spokesperson: "During the Olympics there will not be an increase of the number of flights, only an increase in passengers, which we are well prepared to cope with."

While not an official port of entry, Gatwick is expecting to handle around ten percent more passengers compared to a normal busy summer day, which is approximately 70,000 passengers.

Luton has confirmed that it is expecting to handle more than 940,000 passengers during the Olympic period with 31,000 being additional traffic for the Games.

While significant upgrades at airports previously serving cities hosting the Olympic were made - such as Beijing and Athens, which was actually relocated - Morris says that London airports have been criticised for their lack of expansion in preparation for dealing with the Olympics. However, he believes this fear is "misguided".

"Gatwick is expecting to handle around ten percent more passengers compared to a normal busy summer day, which is approximately 70,000 passengers."

He said: "Not only have airports dealt with similar peak levels before, but if you take Athens in 2004 as an example, every single month that year they had double-digit growth apart from in August, which was the month of the Olympics. The Games actually caused a dip in traffic."

Darren Caplan, chief executive of the Airport Operators Association, insists that London airports have learned lessons from previous Olympic-serving airports and are ready for the challenge. "Our airports have prepared for years for this event and have spoken with Olympics-serving airports in previous Games to get things right, including Beijing, Vancouver, Athens and Sydney," he said.

At Heathrow baggage systems in every terminal have been tested to cope with the volume and different shapes and sizes of bags that are going to pass through them. It is predicted that there will be 20% more regular bags arriving on 26 July (approximately 16,000 more bags) and a 35% increase in departing bags on the 13 August 2012 (203,000, rather than 150,000).

"Our existing baggage system will be used during the Games period albeit under a greater demand that we normally experience at Heathrow," said a Heathrow spokesperson. "We have worked hard with our LOCOG colleagues to design processes to handle the range of 'out of gauge' items being transported during the Games from javelins to pole vaults and firearms (guns)."

Gatwick's Olympic improvements formed part of a general upgrade of £500m so far (part of an overall £1.2bn spend on the airport as a whole) where check-in and immigration halls for reduced mobility passengers, arrivals halls and interchange facilities have been upgraded.

Luton Airport has introduced additional passenger security lanes, made improvements to the central terminal area, drop-off zone and short-term car park to improve flow and capacity for the Olympic period.

"Heathrow is having difficulty meeting its UKBF targets of processing 95% of EU passengers in 45 minutes or less."

As approximately 7,000 Paralympic athletes and team officials will travel through London, Heathrow Airport has made upgrades and changes to accommodate these needs. From ambilifts to lightweight aisle chairs, an extensive range of equipment has been incorporated to manage reduced mobility demands.

"On a peak busy day in summer, we are used to assisting around 2,000 reduced mobility passengers and we have invested £2m in further equipment to handle this type of busy day and more besides," said a spokesperson for Gatwick Airport.

"This investment includes 100 new wheelchairs, 36 new buggies and audio-visual information systems to help the deaf, hard of hearing and people with sight problems."

While concerns continue to be raised about the ability of London's airports to deal effectively with the additional passenger traffic caused by the Olympics, the combination of low key upgrading, staff increasing during the summer and Home Office improvements could mean that passenger peaks are dealt with adequately by the airports.

"We are confident that our airports will do the country proud and are now looking forward to welcoming visitors from all over the world to the UK for this once in a lifetime event," said Caplan.