Over the past few years, budget airline easyJet has made Gatwick Airport one of its most important global headquarters, following the London hub’s biggest airline reshuffle which saw easyJet move all its operations to the North Terminal in 2017.

Yet, procedures have not been easy to handle since the switch took place, prompting the British airline to search for a partner to help support operations at the airport.

This led to a partnership with global logistics provider DHL, to which easyJet has entrusted the management of its ground handling operations at Gatwick. The move is proving so fruitful that the two recently announced plans to expand the collaboration to Manchester and Bristol airport as of February 2019.

As part of the plan, DHL will be responsible for the ground handling of about 700 flights per week from Birmingham and 500 flights from Manchester, where easyJet is the second largest airline.

Recent easyJet figures seem to further justify the move. In the past year, DHL has invested in 480 new pieces of equipment destined to improve on-time performance and help cut down carbon emissions. This had led to 6% uplift in on-time performance since November 2017.

To give further evidence of the success of the partnership, the pair hosted a media event at Gatwick airport in late October, which consisted of a behind-the-scenes tour of how easyJet’s ground handling operations in the UK hub.

Speaking at the event, Martin Willmor, Managing Director at DHL Supply Chain UKI explained: “This is the largest station for easyJet and no wonder the more troublesome; a year on, we’re now very much out of that space. There is still a lot more we can do to raise the benchmark even further and certainly looking into next summer, we have a lot of plans and initiatives to look at broadening how we approach the operation.”

Alberto Santamarta, Head of Ground Operations at easyJet added: “Ground Handling is a key part of the journey of the customer, that is the point of the journey where you get together customers, airport, aircraft, crew almost together, and all together we need to deliver the customer experience that we want for our customers. With increasing congestion across the network, we realised that for Gatwick, we needed to change our approach on ground handling.” The tour began where most air journeys begin, at the bag drop area, a place traditionally characterised by long, exhausting queues. 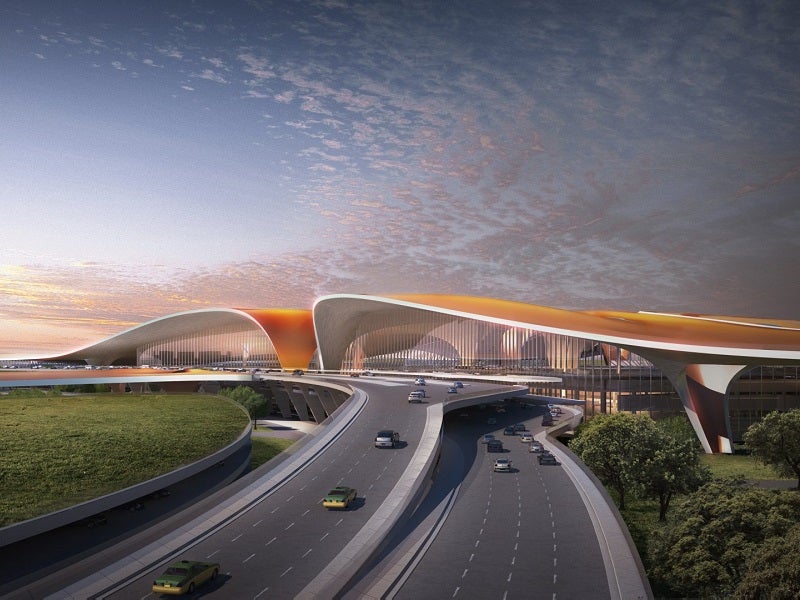 However, in easyJet’s case, DHL has introduced biometric scanners and a cutting-edge bag drop area to reduce waiting times significantly.

“It’s the largest automated bag drop area and allows us to process all of our customers even in times of disruption in under five minutes, so it’s never busy here,” explained a spokeswoman for DHL.

The area allows for optimised operation and has helped increase overall customer satisfaction over its trial period in summer 2018, during which about 20,000 people used the biometric boarding gates.

DHL’s spokeswoman said the company’s future goal is to allow customers to travel through the airport without a boarding card: “The cameras will capture their face when they log in on the easyJet app, which will take them all the way through the airport.

“If you look at the traditional check-in process, it features people seated at their desks, so very slow and laborious. EasyJet has about 90% of their customers that check in online. Between 3am and 8,30am we process 7,000 customers and though they’ll come through these kiosks, you won’t see any disruption. If you take it back to probably 3-4 years, when we had check-in desks, we had queues of around 40 minutes.”

DHL also highlighted that contrary to assumptions, no job cuts were made as a result of the biometric gates. Instead, the company and easyJet partnered to become more attractive from a career point of view and increase the number of employees across the Gatwick branch. Talking about ground handling at Gatwick at the media event, DHL’s Martin Willmor said: “It’s a very pivotal new operation, it’s very time-sensitive and it requires every part coming together in perfection to ensure that we get the aircraft pushed away on time and in full and it involves a customer service mindset from what you see in a front-house operation where we’re the first people that the customers get to meet.”

Crucial to achieving this strategy are the departments that handle the journey luggage once it has been checked-in and its whereabouts before, during and after the flight.

Over the summer – the peak period for easyJet – the partners have handled a staggering 200 aircrafts a day, with about 50-55 of them departing Gatwick between 3am and 8,30am. While DHL claims that the new biometric system will help decrease the number of lost bags, it is still crucial to have a solid lost, delayed and damaged baggage department, which is one of the flagship sections for the logistics giant.

Cutting down emissions through the newest A321neo engine The last stage of a bag’s journey throughout Gatwick Airport, which is when it is loaded on the aircraft for departure, was a great opportunity for easyJet to showcase its latest models and their high-tech features.

Arguably the best-looking and most sustainable product of the budget airline, parked on the Gatwick runway is the latest A321neo, which is believed to cost around $130m.

Other than being more spacious, offering an increase in seats by 30% per flight compared to its sister A320, the new A321neo aircraft is designed to consume less fuel, which in turn leads fewer CO2 emissions, as well as cost savings.

Made by CMF, its engine is described as ‘Leap 1-A engine’ and saves about 15% of fuel per flight. The aircraft also features new fan blades made of a composite of carbon fibre, which reduces the weight to the engine by 200kg.

Being more fuel efficient, the Leap 1-A engine also enables a noise footprint reduction of around 50% compared to existing aircraft types.

The loading and offloading of luggage onto the new aircraft is supervised by DHL’s control room, another major area of investment for the logistics company. Here, the company is rolling out a trial aimed at implementing an enhanced system that deploys machine learning and predictive analytics to optimise resource allocation and increase productivity.

With DHL in charge of ground handling operations and easyJet focussing on passengers and aircraft, a lot can be learnt from these two partners when it comes to travelling via air, an already stressful practice which could be a lot more tiring if it wasn’t for the staff who work behind the scenes.