The international business travel market is growing and evolving at such a rapid rate that travellers are starting to expect the possibility of reserving smart sleep spaces at airports before and after flights.

The Global Business Travel Association Foundation estimates there were nearly 503 million business trips in 2016 in the United States, compared to 488 million in the previous year. Figures show it accrues a global spend of $1.23tn and this figure is set to rise by 7% in 2019.

In 2017, United Kingdom’s business travel spending reached approximately $50.04bn, and in the US, which is one of the world’s leading markets, it reached $283.62bn.

But while this sector booms financially, what is the cost to the physical, mental and emotional health of people juggling a relentless business trip schedule?

Last year a paper in the Journal of Occupational and Environmental Medicine showed that “higher levels of business travel were associated with poorer outcomes”.

After comparing those who travelled up to six nights a month with those travelling over 21 nights, the latter were more likely to smoke and be less active, have difficulty sleeping and develop symptoms of anxiety or depression.

“63% described sleep quality as “very important” to their business trip.”

A report sponsored by Delta Airlines, ARC, FlightGlobal and tClara, which was based on responses from 742 US-based “road warriors” (defined as 24-66 year olds who have had at least four business trips and 35 nights away from home over a year), found that 63% described sleep quality as “very important” to their business trip.

Getting better sleep before and during trips was considered the top priority out of all factors (which included more exercise, more convenient hotels and using less personal time on trips).

Lack of sleep and too many nights away from home were given as the top reasons for traveller burnout, and 68% felt that sleep quality is important to the overall success of the work trip.

Whether travellers want to stop for a shower or a light rest, sleep pods or capsule hotels are providing solutions to these needs at airports. With the global airport sleeping pods market estimated to grow by 6% between 2018 and 2023, it is no wonder that the presence of these private spaces is increasing at airports. 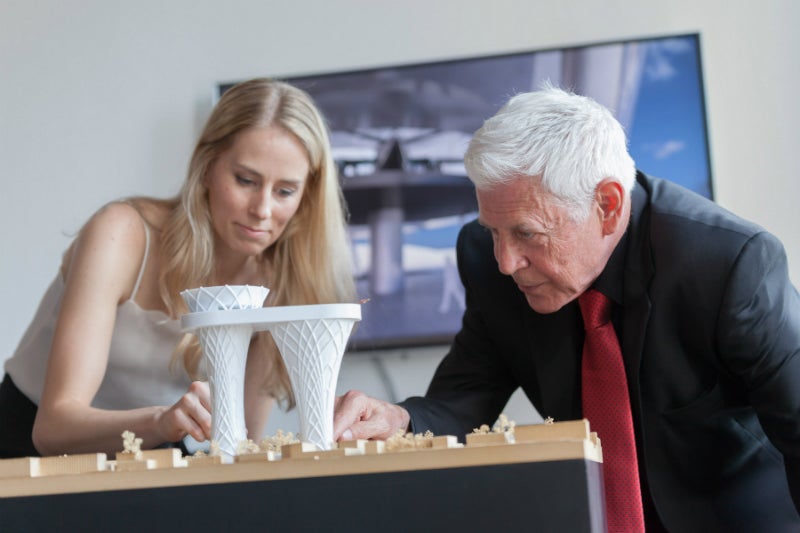 Beyond efficiency: exploring airport designs of the future 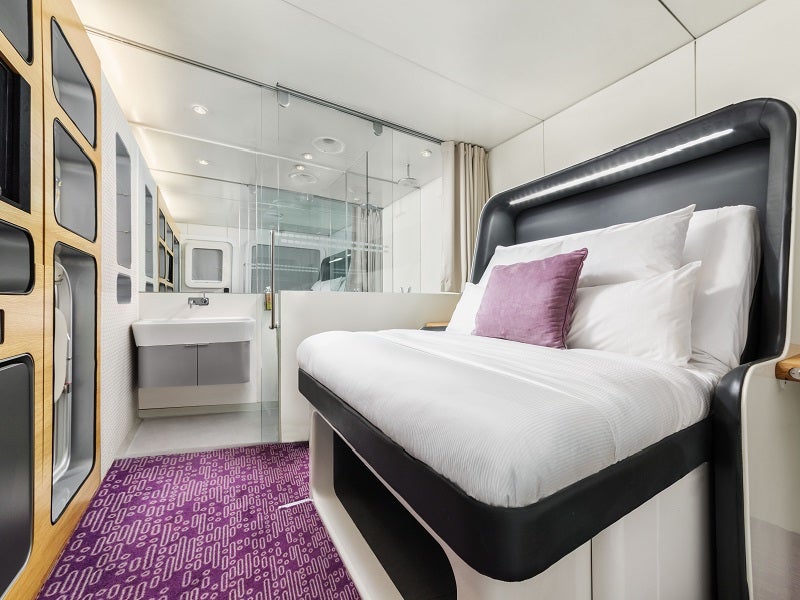 “In the modern economy, there is an increasing number of people who are working in jobs that require a substantial amount of travel,” says Simon Willis, Brand VP of Yotel. “YOTELAIR has been a convenient solution to those who need a space to sleep, shower and recharge either while in transit or before an early morning flight.”

YOTELAIR is part of the YO! Group which was founded by entrepreneur Simon Woodroffe, formerly an investor on TV show Dragon’s Den. The company’s first capsule hotel spaces appeared in 2007 at Gatwick and Heathrow with , with 46 and 32 cabins respectively.

“Schiphol wants to be innovative as possible.”

The company has since expanded into Paris Charles de Gaulle, Amsterdam Schiphol and Istanbul airports and is due to open at Singapore Changi Airport on 12 April 2019.

Cabins are bookable by the hour and facilities depend on what type of service is required. For business travellers, options range from a single room with bathroom facilities, to king-size beds with a shower.

“Schiphol wants to be innovative as possible to accommodate transfer passengers and we saw a growing demand from passengers for places to have a (short) rest,” explains a spokesperson for Schiphol Airport. “Together with Yotel and Mercure Hotel, we are able to facilitate this at the airport.”

YOTELAIR also provides free WiFi, which is a top priority for business travellers. According to an Alcatel report, the 2018 Hospitality Technology study shows that 85% of guests consider access to free WiFi a key driver in hotel booking decisions.

“With the rise in technology, travellers expect to stay connected while they travel – which we don’t think is too much to ask,” adds Willis. 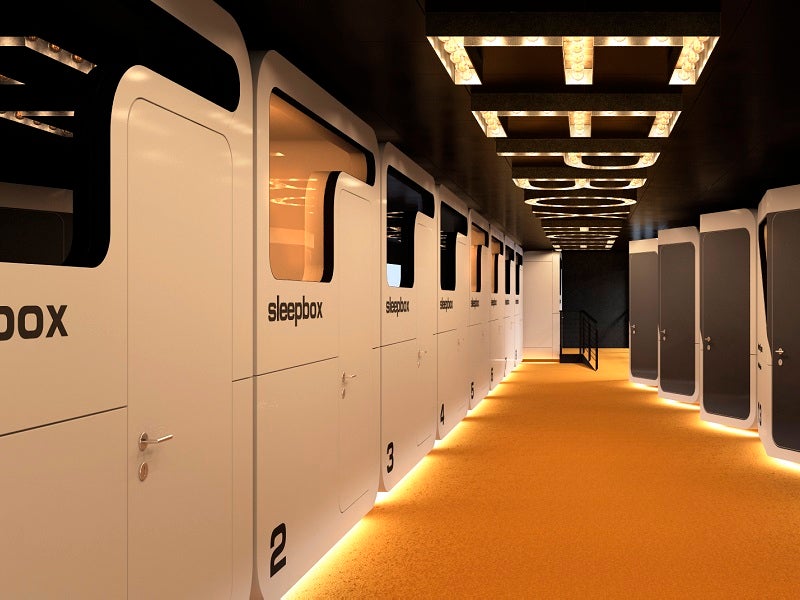 Sleepbox, one of the newest companies on the market, offers sleekly-designed micro rooms with desk space and beds, as well as WiFi and other smart-home features. Travellers have control over the lighting, temperature and music, all from the app on their smartphone, which also enables reservation, payment and the generation of a mobile key, so a front desk isn’t required.

There are currently 16 rooms, each 45 square feet, at Washington Dulles International Airport which are due to open soon.

The team at Dulles International explained that they became aware of Sleepbox as the company was a finalist in an innovation challenge held by the Metropolitan Washington Airports Authority (which runs Dulles International and Reagan National airports) and 1776, a start-up incubator.

The company has ten more planned for the US, and more in the pipeline for the EU and Middle East.

“Air passengers are the same people who use phones, buy things online and do all other things that consumers do, so travellers’ expectations are shaped with their consumer experiences,” says founder and CEO Mikhail Krymov, who is also an architect. “Today they expect frictionless, personalised, on-demand experiences from their travel experiences as well.”

Krymov says that last year’s perception of travel has changed from “travel is a luxury” to “travel is a need”, which requires different hospitality options.

“Flexibility that supports spontaneous spirit of exploration emerged,” he adds. “All this, multiplied by overall higher expectation for comfort and privacy, supports this trend of ‘oasis’ spaces available on-demand.”

Napcabs’ cabins offer four square metres of space and include a double USB-power-outlet and a smartphone charging station, as well as music and WiFi. They are self-contained so airports can utilise their space more effectively and are currently available in four locations across Munich Airport and one location at Berlin-Tegel Airport.

In Terminal 1 at Dubai Airport, air passengers can check into SnoozeCube, a micro hotel room which also offers music and WiFi access. There are 13 units installed in Concourse D, which were originally invented and designed by CEO Larry Swan, who hails from New Zealand.

Available by the minute, Go Sleep pods are seats with a storage facility for luggage underneath, which can extend into a full-length bed for travellers who wish to sleep. Privacy is given to the user via a shade, which encloses the pod fully.

The Go Sleep pods at can be reserved on Booking.com. They are designed by a company based in Finland and are available in many airport locations all over the world, including Helsinki-Vantaa, Moscow Sheremetyevo, Perth, Beijing and Abu Dhabi.

Minute suites was first introduced at Atlanta’s Hartsfield-Jackson International Airport a decade ago, with the intention of providing a wellness solution for stressed and tired air travellers. Since then it has taken care of 600,000 guests and its nap rooms have expanded into Charlotte Douglas International, Dallas Fort Worth and Philadelphia International airports.

“We have become an elite passenger experience.”

The company was awarded Best Passenger Service at the Airport Experience Awards in 2019, and after doubling its size in 2018, there is more growth to come.

“We are building a second location in Charlotte and were awarded four more locations in Hartsfield-Jackson,” says Daniel Solomon, co-founder and director of Minute Suites.

From one-hour rates to overnight services, each cabin has a bed, a TV with access to Netflix, WiFi, a minibar, complementary water and an in-room thermostat. Shower facilities are available at Dallas Fort Worth and Charlotte Douglas airports.

“Our company listens to our customers and has responded over the years to provide additional services over the years that appeal to the general public,” says Solomon. “As a result, we have become an ‘elite’ passenger experience.”

The increasing numbers of international passengers and the need to transfer passenger traffic is given as one of the main factors for the growth of the sleeping pod market in Technavio’s market research for 2017-21. The motivation is not just convenience for customers; it can also play a significant role in generating non-aeronautical revenue.

Krymov believes that this sector of the market will continue to grow.

“The need for privacy on-the-go will only grow, and people will travel more as the world slowly is becoming more and more connected both virtually and physically,” he says. “The need for sleep, rest and privacy won’t go away as it is a basic physiological need. So, as once we got used to vending machines with sandwiches popping-up everywhere, we will see services similar to Sleepbox evolving.”

18 Feb 2021
Registration is disabled.
We use cookies to ensure that we give you the best experience on our website. If you continue to use this site we will assume that you are happy with it.ContinueLearn more
Recommended article