While FDI screening initiatives are being ramped up during the Covid-19 outbreak, there is a feeling among institutional investors that this will target state-owned Chinese companies, leaving less competition for them, as Viola Caon reports.

In response to the Covid-19 outbreak, many governments around the world have tightened their foreign investment strategies in an attempt to protect critical assets from predatory behaviour.

Rather than a sudden shift in attitude, however, the virus has mainly caused jurisdictions to continue and expand on a protectionist trend that was already taking place.

While some measures are likely to be temporary, others look set to stay. The infrastructure and energy investment community remains positive, however, that such measures will not impact the ability of institutional investors to continue to spend money at an international level. 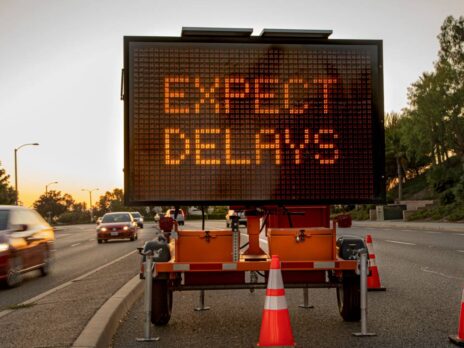 Governments to the rescue? How different countries will utilise infrastructure to emerge from Covid-19 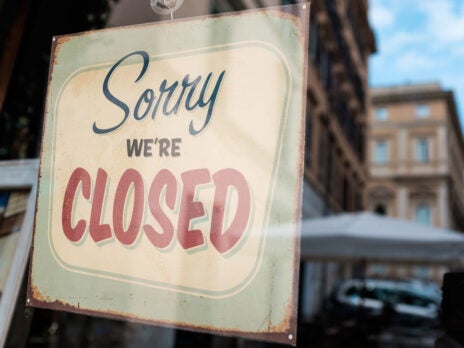 FDI in a pandemic: How low will the inflows go?

Coronavirus is changing FDI – but is it going to last?

In Europe, the EU Foreign Direct Investment Screening Regulation was adopted in March 2019 and is due to come into effect in October 2020. The legislation establishes an EU-level mechanism to coordinate the screening of foreign investments likely to affect the security and public order of its member states.

After the virus outbreak in early 2020, the European Commission published foreign direct investment (FDI) guidelines urging members to be particularly vigilant to avoid a sell-off of EU-based businesses.

As sovereignty over FDI screening, under both current and future regimes, remains with the member states, measures were taken at a national level but were aimed at including new sectors – biotech in particular – and protecting traditionally critical ones such as energy, transport and communication by lowering the threshold for stakes acquired by non-EU or European Economic Area investors.

Across the Atlantic, in February the Committee on Foreign Investment in the United States (CFIUS) expanded the scope of FDI screening to include non-controlling investments in US-critical technology, critical infrastructure and sensitive personal data businesses, as well as certain real estate transactions.

By March, the aim of such screening became more explicit as the Restricting Predatory Acquisition During Covid-19 Act was introduced in Congress which, if passed, would block all acquisitions of US entities by Chinese investors until the pandemic ends, unless CFIUS determines the investment is justified.

Whether explicitly or not, the consensus seems to be that Chinese state-owned companies will bear the brunt of such measures, leaving cross-border institutional investors relatively unscathed.

“We have hardly experienced any issues as a consequence of protectionist measures taken so far by various governments on foreign investors,” says Allard Ruijs, partner at DIF Capital Partners, a Dutch fund manager that invests in greenfield and brownfield infrastructure at a global level. “We are aware that some governments are now looking at tightening those measures, especially in regards of certain critical infrastructure assets. While that could result in additional hurdles for us as global infrastructure investors, as of now we do not expect them to significantly hinder our investment abilities in the future.”

Ruijs adds that DIF Capital Partners is backed by strong institutional investors that are generally welcome abroad and are seen as safe and reliable asset owners.

A source from a prominent sovereign wealth fund that invests directly into infrastructure and energy projects and companies at a global level also shows little concern about these FDI screening measures, and points out that they are not merely a result of Covid-19.

“We have seen rising levels of FDI screening for quite some time now,” says the spokesperson. “The Covid-19 outbreak has expanded the range of sectors that fall under scrutiny to include, for instance, biotech companies, which are now deemed strategic. However, as a large institutional investor, we have not faced real roadblocks or even soft warnings in the processes we are involved in because of it.”

For certain institutional investors, an increased level of FDI scrutiny might even end up resulting in less competition and more accessibility to otherwise very competitive deals and projects.

Nick Rainsford, a partner at law firm Ashurst’s private equity team, explains: “Some Asian entities, especially from China, are slightly more concerned about investing in Europe due to increased scrutiny. At the same time, we have seen investors from other countries being happy to accept heightened scrutiny if that means they are able to access certain auctions without having to face the fierce competition normally posed by Chinese investors.”

While additional hurdles are likely to arise for all cross-border investors as a result of tightening FDI screening, they are expected to result in delays rather than cause proper disruption.

In advance of the launch of our FDI-focused site, please complete the following survey aimed at investigating how investment plans are changing in the wake of Covid-19.

Your participation is confidential and the survey will take no longer than 5-10 minutes to complete. As a thank you we will share a copy of the survey write up with you.

“I expect many jurisdictions to make the changes to their FDI screening regimes permanent,” says Neil Cuninghame, partner at law firm Ashurst’s competition practice. “For instance, while the zero threshold limit introduced by Australia is likely to reset once the emergency has passed, the new sectors included in many EU regimes as a result of the virus outbreak can be expected to fall under the same level of scrutiny, even after the crisis is resolved.

“However, for most of the investors that we advise, we think this is going to mainly have an impact on the timescale of the deals and projects they are involved in, albeit it could make some of them less competitive in auctions where they now need approvals,” he adds.

Institutional investor capital is expected to have an even greater importance in FDI into certain emerging markets. In Latin America, for instance, most of the countries have revised their FDI regimes over the past ten years in order to attract foreign investments and have not revised these processes during the Covid-19 outbreak.

On the contrary, most governments in the region are keen to continue attracting foreign capital to reboot the local economy in a post-Covid world.

Partner at emerging market investment management firm Actis Torbjorn Caesar says: “Governments, multilaterals and non-governmental organisations have responded to the initial urgent need for essential services in the poorest countries, calling upon an unprecedented array of financial instruments, in addition to the work they have already undertaken to catalyse FDI. With that in place, now is the time for institutional private capital to step forward and drive a complementary, coordinated and commercially feasible response.

“In an environment of tight domestic monetary conditions and reduced cross-border flows, the buyers of these assets have a considerable advantage. Undervalued currencies and economies have provided excellent subsequent returns for foreign investors. General economic conditions are more volatile as an offset, so that in turn will require a lower price entry point to justify reward for risk.”

With high levels of dry powder and a reliable investor base made up mostly of pension funds and insurance companies, institutional capital is not likely to suffer from increased tightening of FDI screening. Indeed, in the infrastructure and energy sector, cross-border institutional investors are likely to benefit from what will be a favourable environment.