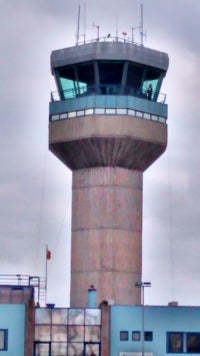 Following a successful installation of the system in the tower at Cork Airport some four years ago, the system was recently installed in the VCR at Shannon Airport and now also in Ireland’s premier tower at Dublin Airport.

The system makes use of a motorised roller system which is designed specifically to cope with the intricacies of visual control rooms on top of control towers; e.g. the shape of the windows and the angle at which they lean outwards.

The material used as the ‘shade’ is the by-now VCR industry standard AR760.
This material affords superb and crisp-clear visibility outwards while keeping the sun’s glare, dazzle and heat at bay.

The sun’s heat is not that critical in VCRs but glare and dazzle are critical safety issues. The AR760, in combination with our bespoke hardware systems, provided the solution for the above three towers.

A 1st Class filter reflector alone does not guarantee a perfect shading system. Much will...

Reflex-Rol has been awarded it's fourth tower in the UAE.After Dubai, Abu Dhabi and Al...

Reflex-Rol was called in to refurbish the existing shade system at Gatwick Control Tower, UK....