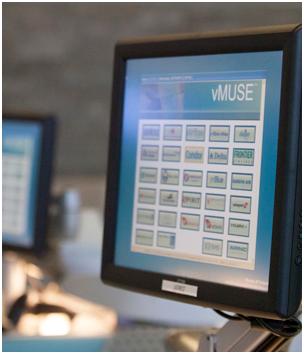 It has been announced that Korea Airports Corporation (KAC) has selected Rockwell Collins’ ARINC vMUSE™ common use passenger processing solution (CUPPS) for all 14 of its South Korean domestic airports.

Enjoying a period of significant growth over the last five years, South Korea’s aviation industry has developed a requirement for the expansion of infrastructure to increase efficiency, optimise resources, and enable smooth processing of passengers and flight operations.

To meet this requirement, KAC has chosen to expand its current implementation of Rockwell Collins’ ARINC vMUSE at three international airports to encompass all its domestic airports nationally.

"KAC initiated this project to assist new LCCs that want to fly into Korea’s domestic and international airports, but do not have dedicated check-in counters. This solution enables those airlines to connect to their own reservation system from any check-in counter, improving efficiency and significantly reducing downtime."

In addition, Rockwell Collins’ ARINC GLOBALinkSM is being utilised by major low-cost carriers in the region to improve aircraft communications and information exchanges with airline DCS and ground handling crews.

For more on this story, visit the Rockwell Collins website.

Issues for Airport CEOs to Consider When Implementing Biometrics

We reviewed an article featuring the views of Rockwell Collins’ director of airport strategic programmes...

As automated immigration programmes and processes are being used more widely, it is essential that...

Airports and Airlines Introduce Changes for GDPR and PNR Compliance

With the introduction of the EU General Data Protection Regulation (GDPR), airports and airlines are...