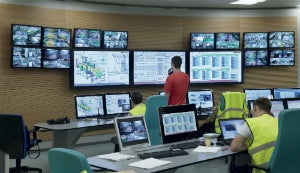 The company’s 101st site-based contract is a five-year performance-based deal, which was agreed with the Tibah consortium (formed by TAV Airports, Al Rajhi Holding and Saudi Oger).

Medina is the second holy city of Islam, and attracts a large number of visitors every year. Prince Mohammad Bin Abdulaziz International Airport will be one of the most advanced in the region, featuring the first sorter in Saudi Arabia.

Vanderlande has delivered an innovative baggage handling system comprising of a HELIXORTER and Early Bag Storage systems, combined with its VIBES software, including SCADA and SAC.

This broad remit highlights the confidence and trust that Tibah has placed in Vanderlande. Vanderlande’s Managing Director Roland van den Bergh said: "By working with Tibah as an integral partner, we hope to be able to increase our scope and prove our added value in the years to come."

The contract has increased Vanderlande’s service presence in the Middle East, alongside the Hajj Terminal at King Abdul Aziz International Airport in Jeddah, Salalah and Muscat airports in Oman, and Dubai Al Maktoum International Airport. "These partnerships will serve as a platform to showcase Vanderlande’s world-class baggage handling solutions to the Middle Eastern market," added Roland van den Bergh.