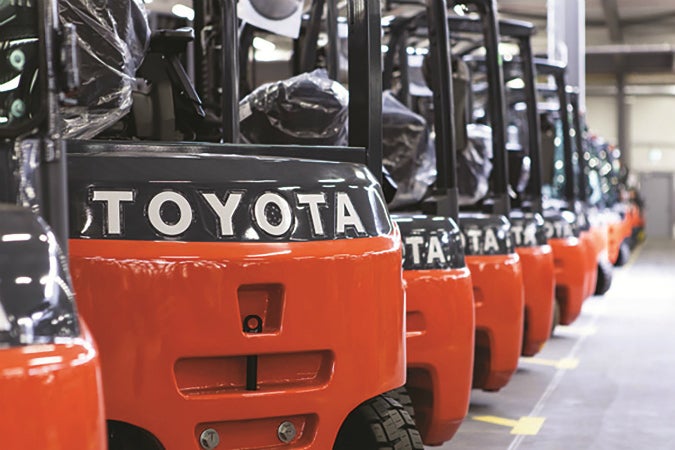 Toyota Industries Corporation (TICO) has signed an agreement to acquire Vanderlande – the global market leader for value-added logistic process automation at airports and in the parcel market, as well as being a leading supplier for warehouses – from the company’s current owner NPM Capital.

The acquisition has been fully approved and supported by Vanderlande’s supervisory and management boards, and Works Council. Vanderlande will retain its name and corporate identity, as well as continue its operations as a standalone entity from the same locations worldwide.

The transaction signifies TICO’s strategic ambition to increase its presence in automated material handling. It follows the recently announced expansion in North America with the acquisition of Bastian Solutions and further cements TICO’s global leading position for total solutions within material handling.

Last year the Japanese company celebrated its 90th anniversary (1926-2016) and has grown to 51,458 employees as of the end of March 2016. In the same financial year, it achieved a turnover of €16.8bn, with material handling representing 45% of its total business. It has been the world’s number one lift truck manufacturer since 2002 and the number one in the Japanese market over the past 50 years.

As managing officer for TICO and the designated chairman of Vanderlande’s supervisory board, Mr Norio Wakabayashi says: "Vanderlande complements our current offering by providing a full range of integrated automated material handling solutions. We also see a strong strategic match in our extensive sales and service networks. This acquisition creates even better global coverage across almost all of the markets that have a requirement for automation."

NPM Capital’s managing director, Bart Coopmans, adds: "NPM Capital has had a long-term focus with respect to investing in Vanderlande since the start in 1988. We have continuously supported investments in the organisation and its technological capabilities, resulting in Vanderlande’s current market-leading positions. The entry of Toyota as a strong strategic shareholder will enable Vanderlande to take the next step in its growth trajectory."

Vanderlande’s CEO, Remo Brunschwiler, concludes: "Vanderlande is pleased to be acquired by such a successful, strategic partner. The financial strength behind TICO and its global presence will help our company to continue with its strategy of sustainable profitable growth."

The transaction is subject to customary regulatory approvals and closing is expected during Q2 2017.