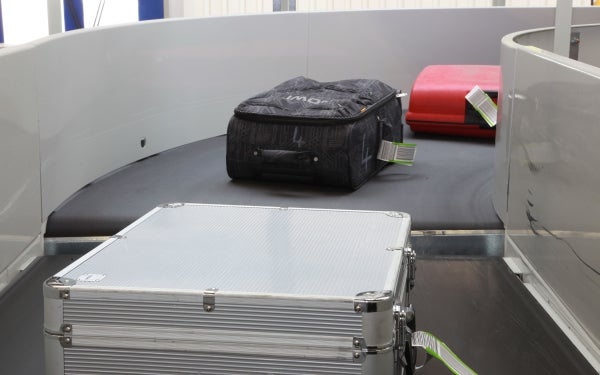 Passenger numbers have been growing at Mexico City International Airport, and the effects are particularly noticeable in Terminal 2, where the capacity of the existing baggage handling and screening system is being stretched, causing frequent die-back on the conveyor lines between the screening machines.

"Once the improvements have been completed, the baggage handling system capacity will double from the current 1,800 bags/h to 3,600 bags/h."

A solution to the problem was identified by BEUMER de México, which specified a new buffer system, with a capacity for holding more bags between the screening machines to allow baggage recirculation and extra system flexibility for baggage sortation. The airport needs baggage recirculation at Terminal 2 because the current baggage system employs only one main line to dispatch bags to nine screening machines. Without the ability to recirculate bags there is a high risk of bottlenecks in the system.

The upgrade will require a belt conveyor system, based on Crisplant’s CrisBelt®, to be integrated into the existing baggage handling system to allow baggage recirculation and deliver the necessary extra system flexibility for baggage sortation. The upgrade also comprises a high and low-level control system and SCADA.

Once the improvements have been completed, the baggage handling system capacity will double from the current 1,800 bags/h to 3,600 bags/h.