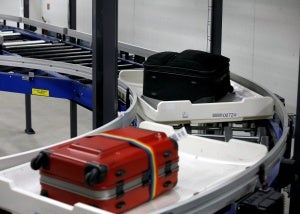 Crisplant, part of BEUMER Group and a leading global supplier of automated baggage handling systems, has been awarded a contract for a major baggage handling and high-speed transfer system to be installed at Calgary International Airport (YYC) as part of the airport’s international facilities project (IFP).

The IFP will be the single largest expansion that the Calgary Airport Authority has undertaken and will include a new terminal with a fully integrated end-to-end baggage handling system for both outbound and inbound baggage operations, including the capacity to handle oversize baggage. With an initial capacity of 4,000 items of luggage per hour on both in and outbound lines, the system will support Calgary’s existing 12.8 million passengers per annum, and provide capacity to meet future passenger growth forecasts up to 2025.

The new baggage handling system will integrate Crisplant’s CrisBag tote-based transport system, in addition to CrisBelt conveyors. CrisBag features a unique start/stop technology which allows sensor-controlled modules to power on and off only when the totes are in operation. This, combined with a top speed of 10m/s, makes CrisBag one of the fastest and most energy-efficient baggage-handling systems in the world.

The baggage handling systems in Calgary’s north, central and IFP terminals will be controlled centrally by Crisplant’s BG software suite. The installation of the controls will begin with upgrades to low level PLC-based control systems in the existing north and central terminals, followed by a high level controls upgrade to Crisplant’s BG software suite as a first step in preparation for the addition of the IFP terminal in 2015.

"As the first installation of the CrisBag system in North America, this project represents a benchmark for sustainable development by reducing energy consumption and carbon dioxide emissions, supporting YYC’s status as Canada’s first go green airport," explains Crisplant director, Klaus Schäfer. "The installation of the baggage handling system and on-going operational support will be provided by the new BEUMER Group Canada office, which opened recently in Calgary to allow airports throughout Canada to access the BEUMER Group’s expertise in state-of-the-art automated baggage handling systems."

The completed baggage handling system is scheduled for handover in time for the opening of the IFP terminal in October 2015, after which Crisplant will continue to provide support via the Crisplant Hotline.