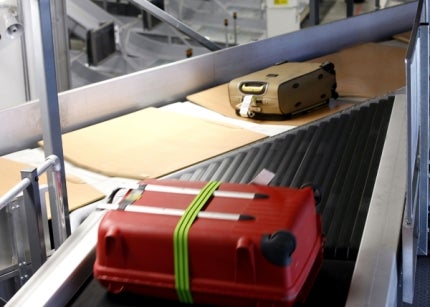 The Crisplant stand will feature a section of the energy-efficient CrisBag tote-based baggage transport system, as well as video of the state-of-the-art baggage handling system in operation at Helsinki Airport. The Helsinki system, which was designed, manufactured and installed by Crisplant, integrates a CrisBag tote system with the high-speed LS-4000 tilt-tray sorter to achieve the industry’s lowest energy consumption, with a 75% reduction compared to conventional sorters.

Klaus Schäfer, Crisplant Managing Director, comments: "With offices in Shanghai and Hong Kong, a factory in Shanghai, and installations in a number of Chinese airports, most lately Shanghai Pudong and Guangzhou Baiyun Airport, the BEUMER Group and Crisplant have proven expertise as an integrator of major baggage handling systems within this region.

"The combination of our local presence, global experience and in-house manufacturing facilities, allows us to ensure long-term local support to airports implementing the most advanced and energy-efficient baggage handling systems."

Crisplant’s expertise as an integrator of baggage handling systems for regional and hub airports has been demonstrated with the recent award of major contracts by Thailand’s Suvarnabhumi Airport, Kuala Lumpur International Airport in Malaysia and Nanjing Lukou International Airport.

Crisplant will be on Stand No. 425 at Inter Airport China.