Vindotco, one of the leading manufacturers of runway rubber removal and white line cleaning products, was established over 30 years ago in Florida, US. It was the original manufacturer of natural organic citrus cleaners, which are incredibly effective for all cleaning yet totally environmentally friendly. This makes Vindotco the major supplier in some of the world’s worst environmental industries, such as printing and dyeing, and the motor and engineering industry.

Some ten years ago years ago Vindotco was approached on behalf of BAA by Airfield Signs and Markings (ASM) to see if they could design and develop a natural but effective cleaner for the removal of reverted rubber from runways and the white marking lines. Since that time many hours have been spent developing a product that is acceptable to all safety organisations as well as all airport authorities, and the general aviation industry.

The Rubberaser was successfully tested by various universities, and other organisations such as STATS, DERA and others, as well as receiving approvals from the Thames and Trent Water authorities.

ASM was searching for a product suitable for effectively cleaning white line markings on runways and thresholds and removing the build up of reverted rubber. In conjunction with ASM, and the cooperation of BAA and others, Rubberaser was developed.

Rubberaser was fully tested in Leeds University laboratories over simulated times and strengths to demonstrate runway degradation over the years. Further tests were subsequently carried out by STATS and DERA and approvals gained for its use by Thames and Trent Water authorities. Since those early years of testing, airport runways for both civil and military aviation authorities in the UK, Europe, Africa and the Far East have been successfully treated with the Rubberaser runway cleaner.

In recent months successful treatment of RAF and NATO airfields has been carried out. Civilian airports have been treated in Africa, Europe, the Middle East and the Far East, with several more to treat over the coming months.

A 747 jumbo jet lands at 160mph and weighs 300t when landing. It is equipped with 16 main landing gear tyres, and two nose landing gear tyres. Aircraft tyres are manufactured from natural rubber, and each time an aircraft lands it deposits reverted rubber on the runway and the white lane safety markings. It is expected that the larger and heavier new range of aircraft will exacerbate the problem.

This deposit is worsened in wet conditions; as an aircraft wheel will accelerate from 0mph to 160mph during a typical landing manoeuvre; the instant gain in wheel speed on contact with the tarmac creates a vast amount of friction. The heat created boils any water lying on the runway surface and increases the amount of reverted rubber deposited on the runway by the tyres.

This accumulation of rubber causes serious friction problems, particularly in wet weather, as we have all been made aware of by the recent spate of aircraft leaving the runways on landing. The build up of rubber deposits can cover the major white lines of a runway in only three weeks.

With the ever-increasing world demand for air travel, maintenance timing is critical and the hours available for runway cleaning and maintenance are precious. The natural efficacy of Rubberaser allows runway cleaning to be kept to a minimum and reduces long-term damage to the runways which is experienced from other mechanical treatments.

Few of the methods currently used are time-efficient or environmentally friendly. Continued use of harsh chemicals may affect the runway surface and in this modern ecologically friendly climate are likely to be even more scrupulously controlled in the future. High-pressure washing, although a cheaper option, can be time consuming. However the latest very high pressure
and scarifying equipment, which necessitates
repeated treatments, causes long-term damage,
prematurely degrading the runway surfaces with its aggressive action and ultimately necessitating
expensive repairs.

Rubberaser runway cleaner is very easy to use, and can now be used in conjunction with specifically adapted machinery that is available in the UK. Design modifications are available to adapt current machinery for its specific use.

With ever-growing concerns over the depletion of the world’s resources, combined with global warming concerns, it is obvious that alternative eco-friendly methods must be found for future generations in all areas of the industrialised world. Rubberaser runway cleaner is just one of many new solutions to old problems that can be solved using the world’s natural renewable resources. It seems natural that such a friendly solution could provide so obvious and effective an answer to an enlarging world problem. 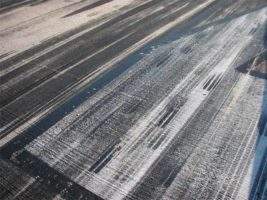 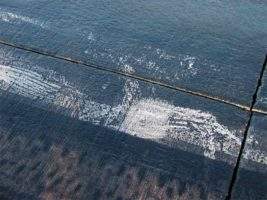 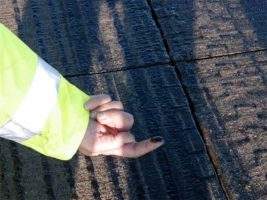 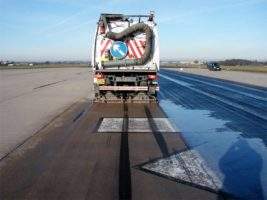 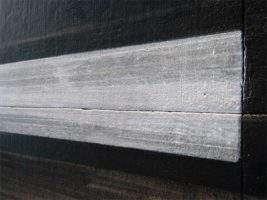 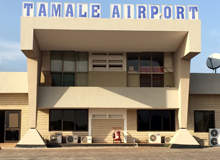 Tamale Airport serves the city of Tamale, Ghana, supporting both public and military operations and handling 200,000 passengers a year.