Receive our newsletter – data, insights and analysis delivered to you
In association with Aerosweep

With the right FOD prevention strategy, operators can reduce their FOD-related costs by up to 99.9%1. However, a successful strategy must be underpinned by awareness and engagement from the top level and the best, most effective sweeping equipment.

This is good news for Airside Operations teams. By turning their attention to FOD prevention and putting in place intelligent and effective strategies, they stand to make huge safety and efficiency gains along with significant cost savings.

Here Airport Technology outlines the critical elements of an effective FOD prevention strategy and introduces the most efficient piece of FOD sweeping kit on the market, the FOD*BOSS Ultimate Airfield Sweeper.

FOD has long been a common risk for the aviation industry, with the potential to cause aircraft failure, damage, schedule delays, accidents, and occasionally fatalities. The estimated cost in terms of maintenance fees, flight delays, cancellations, lost revenue, schedule disruptions, and employee labour can be up to US$ 1 million per month2 for large airports.

Defined as anything around or inside the aircraft and flight line operations that doesn’t belong there, FOD can include luggage labels, zips and baggage components, stones, gravel, nuts, bolts, rivets, and other foreign material on the runway, taxiway and apron/stand surfaces. According to the French study on Autonomic Detection Systems2, over 60% of FOD is metal, and 18% is rubber.

The factors contributing to FOD risk are hugely varied. They include aspects of human activity, like the inappropriate working behaviour of staff or poorly maintained infrastructure. It could be due to poorly designed work processes, environmental factors such as wildlife incursions and weather, or insufficient technology and equipment. 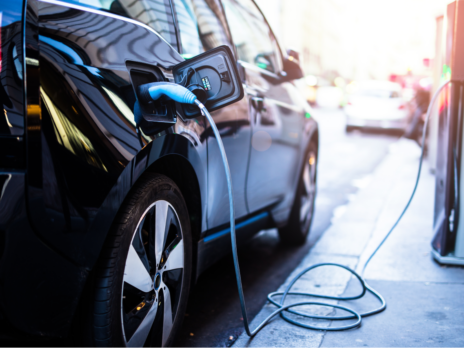 The green transportation revolution: An unprecedented opportunity to invest in the future

The primary purpose of FOD prevention is to reduce the occurrence of FOD. Operator awareness of the risks is critical, and an effective strategy depends on ongoing support and commitment from top leadership management.

FOD detection technologies such as radar, cameras, and sensors are essential tools that can identify and quantify risks. However, their implementation will depend on aircraft type and the size of active runways and taxiway locations.

To optimise their operations and make cost savings, all airport operators should perform a FOD risk assessment. An assessment will identify the major FOD risks, their probability and severity, and define the most appropriate and effective response.

Having the right tools

FOD sweeping is a lynchpin of the FOD reduction strategy, and having the right sweeping equipment is a fundamental part of an operation’s success.

For large commercial airports, runway, taxiway, and apron occupancy times are a vitally important factor for operational efficiency. However, many airports may not sweep as often as they should because they don’t want to impede traffic flow and have large, slow and cumbersome sweeping systems getting in the way of scheduled aircraft movements, therefore compromising safety.

For these operators, forward operating speed is a vital characteristic of sweeping equipment. The faster the equipment can move while remaining effective, the less time it spends in the aircraft operating area (AOA) and helps maintain an airport’s efficiency.

Each AOA has a different speed limit. Typical speed limits are usually 15 kph for the apron, 40 kph for the taxiway, and 70 kph for the runway, for land-based vehicles. A sweeper that can operate at the speed limit of each aircraft operating area minimises the amount of time it spends in the area, reducing the time it may impede other vehicles and aircraft movements.

FOD sweeping equipment manufacturer Aerosweep’s FOD*BOSS sweeper is the most efficient and cost-effective option on the market, offering an unrivalled FOD pickup rate.

While mechanical sweepers are only effective up to 8 kph, the FOD*BOSS works from 5 kph up to 65 kph, with a pickup and retention rate of over 99%. This means highly effective sweeping in a fraction of the time.

The FOD*BOSS is especially useful for FOD removal in the apron. Research shows that 55% of FOD can be found in this area, but the size of large truck-based mechanical sweepers often poses a problem, meaning operators often struggle to sweep the area as often as is necessary for maximum safety. For airports that already own a mechanical sweeper, the best option is to add a FOD*BOSS to their fleet for use on aprons and taxiways, where the flexibility and nimbleness of the FOD sweeping system provide unique benefits.

The statistics speak for themselves. For example, in FOD cost-reduction studies a two US Air Force bases, an impressive 98% reduction in FOD-related damage costs over 19 months after adopting the FOD*BOSS was reported at one base, while at the other, an unprecedented 99.9% reduction in 39 months was achieved.

While FOD is a genuine and serious risk for airport operators, the great news is that it is avoidable. With a comprehensive and smart strategy, and the best equipment, the potential safety improvements and cost savings for operators are enormous. The FOD*BOSS is one of the most powerful tools available.  Even better news is that it is also one of the most cost-effective systems available for this task.

Foreign object debris (FOD) is a serious safety issue for airfields, and effective runway and ramp sweepers are required to ensure it is collected from the ground. Download this whitepaper to learn more about the issue and find out why the FOD*BOSS is considered the ultimate airfield sweeper for fast, safe and effective FOD removal.

Topics in this article: sponsored