In Association with Leonardo

When it comes to busy airports, safety and efficiency are key. On the airfield, a lack of real-time visibility almost always leads to inefficient operations. In worst case scenarios, it can cause serious safety issues. Put simply, all it takes is one vehicle being in the wrong place at the wrong time for a critical incident to occur.

Navigational infrastructure has a vital role to play in securing the safety of aviation. Airport navigation service providers (ANSPs) require reliable, technically advanced ground-based systems qualified to rigorous standards, yet ease of operation and low maintenance are also key. That’s why they partner with Selex, the US subsidiary of Leonardo and the leading American provider of navigation aids. Download now to discover how to optimise operations and secure the safety of aviation through this essential technology.
By Leonardo ATM 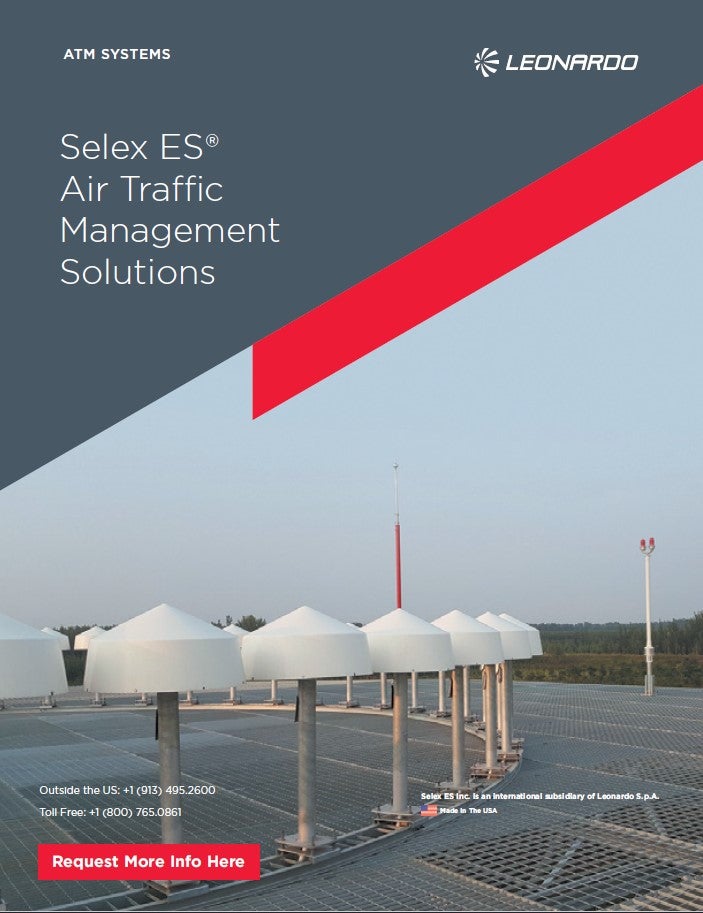 Thank you. Please check your email to download the Brochure.

To minimise this possibility, Air Navigation Service Providers (ANSPs) frequently present air traffic controllers with vast amounts of flight tracking and ground vehicle location data used to direct the safe landing and take-off of aircraft. But that information is often unavailable to the ground-based vehicle operators and airport stakeholders that need it too.

This was the issue that a small team of software developers at INDMEX Aviation set out to solve when they created AeroBOSS, a complete suite of airport surface management applications. INDMEX founder and CEO Carlos Nevarez explains that the initial goal was to disseminate vital safety data down to the drivers on the airfield – fire trucks, snow removal, and runway maintenance, for example.

“None of them had visibility into what was happening around them and they’re often driving during poor visibility; at night or when it’s foggy, raining, or snowing. The impetus for us was to be able to present a lot of the data that’s already being captured by these multi-million-dollar air traffic control systems and make that available to other stakeholders at the airport and in particular for drivers in the airfield,” Nevarez explains.

As this idea expanded, the team recognised one-size-fits-all wasn’t going to take off in the airport industry. They instead developed a cost-effective, modular suite of applications aimed at improving surface safety and resource coordination. AeroBOSS is now marketed by leading air traffic management company Leonardo, who recognised the solution’s potential to fill a gap for serving airports not only in its own portfolio of navigation, surveillance, and communications technologies but in the wider market, too.

While every airport is different, one surface management issue they all share is the risk of runway incursions. Using in-vehicle technology able to be installed on any smartphone, tablet, or computer device, the AeroBOSS Runway Incursion Warning System (RIWS) sends immediate visual and audible alerts to drivers in danger of entering a runway safety area or other hazardous zone.

According to Bill Colligan, general manager of Leonardo’s air traffic management division, it all comes down to avoiding single points of failure. “A surface safety system that relies exclusively on the air traffic controller to always be the individual to resolve safety issues can be challenging,” he says. “AeroBOSS provides an alert directly to the individual that’s in the best position to prevent the runway incursion – the drivers.”

The RIWs module is generating a lot of industry interest and has already earned the company deals with major airports. In 2021, Leonardo signed a contract with Dallas / Fort Worth Airport – one of the busiest aviation hubs in the world – to deliver the largest runway incursion warning system in a single airport worldwide. Now nearing completion, the project involved the installation of the RIWS devices and software into a total of 500 vehicles, providing an additional safety net to reduce the likelihood of incursions.

While safety is the primary objective of AeroBOSS, the benefits of delivering real-time situational awareness information to a range of airport departments extend much further.

“The ability to track resources from different departments at the airport, throughout the airport property – not just the movement area, allows them to maximise the efficiency of those resources,” says Colligan. “They know where everybody is. They can coordinate activities more easily by knowing who might be the closest to respond to an incident.”

Winter weather, for example, poses severe challenges to airports. Large hub airports like Chicago or New York spend up to $600,000 a day on snow removal operations in winter months. Designed to tackle this challenge, the SnowBOSS module provides supervisors with the information needed to efficiently marshal snow removal convoys. The tool helps airports significantly reduce vehicle idle time, fuel consumption, and labour costs – all while minimising the amount of time runways are closed for snow removal.

In fact, one customer estimated that the software’s ability to keep their team running efficiently through one storm pays for the system for the entire year. Key to its success, says Nevarez, is Leonardo and INDMEX’s customer-centric development. “SnowBOSS was derived directly from the input of a client, Centennial Airport. All of the functionality that drives that component is based on the input of customers at heavy snow operation facilities. It has been very successful for that reason,” he says.

The combination of INDMEX’s agile software development capabilities and Leonardo’s close customer relationships is shaping the future of AeroBOSS. New ideas for applications are continually borne out of conversations with customers.

“It is commonly said in our industry that when you’ve seen one airport, you’ve seen one airport,” says Colligan. “Getting in and working very closely with airports allows us to see new problems and potentially resolve challenges that airports don’t necessarily even know they have, because they’re too close to the problem. It allows us to draw analogies between airports and add new capabilities to our products. Sometimes, you get a new product in a customer’s hands and you learn they’re using it differently than how you even envisioned. It feeds back a lot of additional needs and that’s how you refine the product.”

“We learn so much from our customers and that eventually rolls back into the product,” agrees Nevarez, who refers to the new Driver Enhanced Vision (DEV) module for Airport Rescue and Fire Fighting (ARFF) teams as a key example.

Built on top of the integrated logic for RIWs, the DEV module came about from conversations with one of Leonardo’s existing airport customers. The application provides important capabilities that fire truck operators previously lacked, including flight tracking data and the ability to tag emergency flights from a web page and share this critical information with all responding fire trucks for a faster, more coordinated response.

Soon to be added to the suite of situational awareness, monitoring and alerting applications, it is yet another tool within the integrated AeroBOSS solution for improving safety, resource coordination and operational performance for airports and their stakeholders.

To find out more and discover the full suite of software solutions, download the whitepaper below.

Navigational infrastructure has a vital role to play in securing the safety of aviation. Airport navigation service providers (ANSPs) require reliable, technically advanced ground-based systems qualified to rigorous standards, yet ease of operation and low maintenance are also key. That’s why they partner with Selex, the US subsidiary of Leonardo and the leading American provider of navigation aids. Download now to discover how to optimise operations and secure the safety of aviation through this essential technology.
By Leonardo ATM