Understand the impact of the Ukraine conflict from a cross-sector perspective with the GlobalData Executive Briefing: Ukraine Conflict

The airline will continue to operate its flights to Moscow and St Petersburg.

Ukraine Crisis
How have sanctions against Russia impacted aviation? 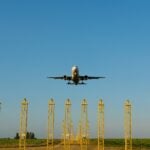 In an interview to Pink TV, Serbian President Aleksandar Vucic stated that ‘as a matter of principle’, Air Serbia will continue to run its controversial flights to Russia, even though it has become an unprofitable route due to bomb threats.

He added that most of the flights to Russia have received anonymous threats, leading to delays or compelling the aircraft to return to its airport of origin for security checks after majority of European countries shut down their airspace to Russia.

However, Ukraine has dismissed Vucic’s charges as baseless.

Serbia is among the few European nations that has not imposed any sanctions on Russia for its Ukraine offensive.

Last month, following the blockade and rising demand, Air Serbia is said to have increased its operations to Russia.

However, in the face of criticism, it returned to its pre-war schedule.

Vucic said that airlines from Turkey, Qatar and the UAE that operated flights to Russia did not come under the same lens that was experienced by Air Serbia. Last month, UAE flag carrier Emirates said that it will continue its flights to Russia unless directed otherwise.