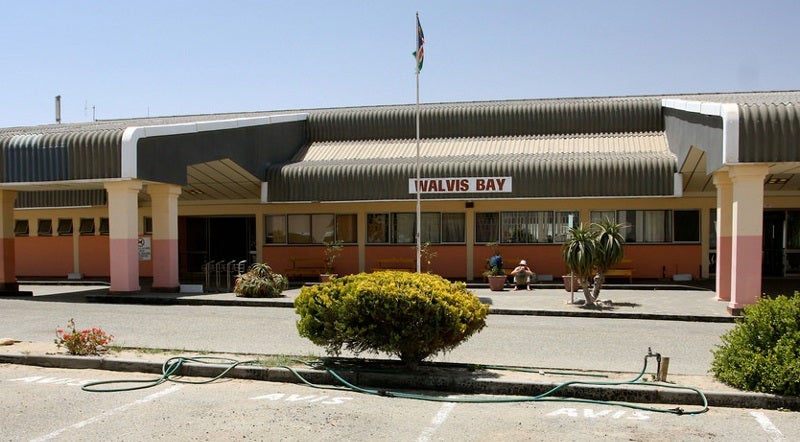 Located 15km east of Walvis Bay city in the Erongo Region of Namibia, Walvis Bay International Airport is the second international airport in the country. It is also the country’s busiest airport, serving holiday travellers, and mining and fishing industries with its efficient cargo handling capacity.

The airport is managed by state-owned Namibia Airport Company (NAC), which also develops, manages and operates a total of eight airports in the country.

The airport handled more than 98,178 passengers and 20,000 aircraft movements in 2015. It operates regular flights to a number of destinations in the country, including Windhoek, Johannesburg and Cape Town.

"The new terminal has the capacity to handle 200 passengers an hour and one million passengers a year."

NAC inaugurated a new state-of-the-art terminal building at the airport in July 2016. The new terminal has the capacity to handle 200 passengers an hour and one million passengers a year.

The expansion was part of a development and upgradation project aimed at transforming the airport into an international facility. The airport now meets the international standards in terms of functional efficiency and operational safety and security.

Besides enhancing the efficiency and speed in passengers and cargo processing, the new terminal will also boost the country’s economy.

The development and upgrade project is planned in two phases. The first phase included the rehabilitation of the airport’s super jumbo runway, aircraft parking aprons and the parking lot for the new terminal building. Also included was the construction of a polymer perimeter fence, a first of its kind in the country, which will protect the airport from weather conditions near the coast.

Planned to meet the projected growth in passenger traffic, the new terminal building was constructed during the second phase. Its construction was initially scheduled for completion by July 2015, but later extended to December 2015 to be finally completed only in 2016.

The development project also included the installation of advanced X-ray scanners and metal detectors to further enhance the safety and security at the airport.

The investment for the new terminal project alone is R100m ($6.97m), which was funded by the NAC. The runway project cost R220m ($15.33m), while the apron rehabilitation project required an investment of R16m ($1.1m), which was provided by the Ministry of Works and Transport of Namibia.

The state-of-the-art terminal was constructed by Chinese construction firm, New Era Investments, while the contract to upgrade the runway, aprons and parking lot was awarded to Namibia Construction.

Walvis Bay airport features a 3C category runway, which was reduced to the current length of 1,675m and width of 30m during the recent upgradation project. Despite shortening, the runway can still accommodate larger aircraft such as the B737-200 series.

With the new landing system, the airport becomes one of the few airports in Southern Africa to feature such technology, which is much useful for coastal airports where overcast conditions often prevail.