Terminal 3 (TPS 3) of the São Paulo-Guarulhos International Airport (GRU Airport) was opened one month ahead of the FIFA World Cup 2014.
Terminal 3 has 90 check-in desks.
Terminal 3 has a handling capacity of 12 million passengers a year.
The new terminal was designed by TYPSA/Engecorps Group and constructed by OAS. 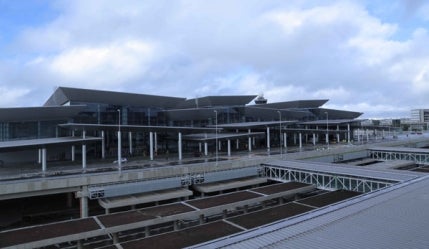 Terminal 3 (TPS 3) of Brazil’s São Paulo-Guarulhos International Airport (GRU Airport) started operations in May, one month ahead of the FIFA World Cup 2014, for which it was primarily constructed.

The Brazilian airport is operated by a consortium comprised of Invepar (FUNCEF, Previ, Petros and OAS) and Airports Company South Africa (ACSA), which won the concession to operate in June 2012. The concession contract is for a period of 20 years and is valued at $16.2bn, which will be paid in 20 annual instalments. The consortium has a 51% share in the airport, while Brazilian Government corporation Infraero holds the remaining 49% stake.

The new terminal project forms part of the airport’s expansion and renovation project that is being implemented by the concessionaire with a budget of approximately $6bn, with the aim of handling more than 60 million passengers a year by 2022. Terminals 1 and 2 will also be modernised as part of the project to further cater to the anticipated increase in passengers during the Rio 2016 Olympic Games.

A preliminary study for the new terminal project was submitted by Infraero in June 2011 and the design contract was awarded to the MAG consortium comprised PJJ Malucelli, Biselli + Katchborian Arquitetos and Andrade Rezende Engenharia.

The contract was later terminated by the new airport operators in 2012, due to delays by MAG in executing the project. The final design for the new terminal was developed by TYPSA/Engecorps Group and the construction was carried out by OAS.

Terminal 3 comprises two main blocks of buildings. The first building consists of five floors for arrival and departure operations, as well as the commercial area. VIP lounges are located on the top floor of the building.

An expansion and modernisation project is currently underway at Cheddi Jagan International Airport (CJIA) and is scheduled for completion by August 2015.

The second building has two floors; the ground floor is reserved exclusively for employees and the first floor features a parking yard for 34 aircraft, as well as 20 boarding bridges arranged on both sides of the building. The new terminal is connected to Terminal 2 by an air-conditioned, overhead double footbridge.

The design of TPS 3 was inspired by European and Asian airports. The façade of the building is made of several glass modules, joined together by glass frames.

The new terminal was constructed using 40 metal modules weighing 70t each. The modules are placed on concrete pillars at different heights and angles and are further roofed with aluminium composite material roofing sheets.

The roof also features skylights made up of special glass tiles allowing natural light to seep into the public areas. They are designed to easily connect to the building’s smoke detection system and open up in the event of a fire emergency.

F150K and F300K type drainage channels collect rainwater from the roof and transfer it to reservoirs located at the building’s basement for recycling.

Facilities at the new terminal

The commercial area in the terminal consists of approximately 100 spaces for shops, bars, cafes, restaurants, bookshops and general services. An upscale hotel will be operational by 2015, with 50 rooms in the restricted area adjacent to the immigration control area.

The terminal has 90 check-in desks arranged in three rows and a baggage claim area featuring seven carousels. The automated baggage handling system and electronic gates at the terminal are expected to be operational by the end of 2014.

ADM acted as the adviser to the current operators during the bidding process for the ownership of the airport in 2012. The automated baggage handling system for the new terminal is being supplied by Vanderlande.

Siemens provided the energy equipment and solutions for the new passenger terminal, while Arconas in collaboration with Giroflex-Forma supplied the seatings, and ULMA Architectural Solutions supplied the drainage channels.