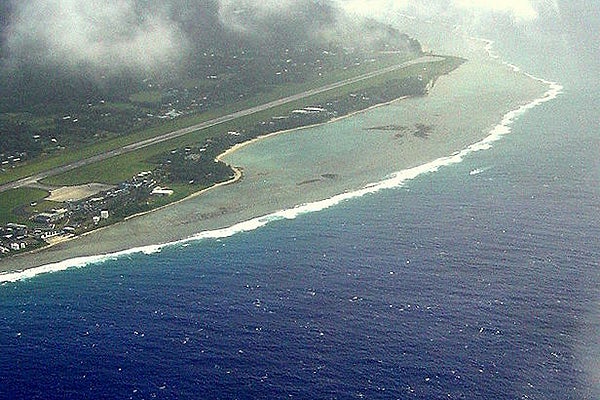 Rarotonga International Airport, the main airport of Cook Islands, is located on the coast of Rarotonga, in the national capital Avarua. The airport serves approximately 100,000 passengers annually.

The airport is being upgraded under the Cook Islands Government National Sustainable Development Plan (2011-2015). The upgrade works will improve the airport’s infrastructure and enable the airport to use solar energy.

"The upgrade works will improve the airport’s infrastructure and enable the airport to use solar energy."

The technical assistance for the airport upgrade is being provided by GHD, which was awarded the contract in March 2014 by the European Investment Bank (EIB). GHD earlier carried out the feasibility study and a disaster risk management engineering infrastructure review for the airport.

EIB is investing about €850,000 ($1.1m) into the Technical Assistance Programme which aims to carry out safety improvements, upgrade terminal facilities and achieve more efficient power use at airports in the Cook Islands and Samoa.

History of the Rarotonga airport

The approval for the construction of the airport was granted by the New Zealand Government in May 2011. The new airport, constructed with an investment of approximately $5.1m, started initial operations in November 1973 and was officially opened in January 1974.

It was managed by the New Zealand Ministry of Transport until Cook Islands Airport Authority took over the airport’s ownership in April 1986. The airport is currently served by airlines, including Air New Zealand, Air Rarotonga, Virgin Australia, Air Tahiti, and Pacific Blue.

Upgrades at the Rarotonga international airport

The airport features an upgraded 1,800m-long sealed runway furnished with night lighting. An upgrade to the runway was carried out in 2003. The airport’s terminal and navigational systems were upgraded from 2011 to 2012.

Current upgrades at the airport involve the upgrade of the ground support equipment (GSE) for accommodating big aircraft, such as the Boeing 787, runway joint repairs, and the construction of a covered drop-off and pick-up zone outside the terminal.

The contract for the installation of the solar power system at the airport, with an installed capacity of 1,413MWh of electricity per year was awarded to NETcon International, a subsidiary of Alpine Energy, in March 2014. It further falls under the Cook Islands Renewable Energy Programme.

The photovoltaic panels are being installed west of the airport’s runway. The contractual scope of NETcon International also involves the supply of inverters and controllers, installation of cables for connection to the local grid, and ancillary civil works, including the foundations of the solar arrays and construction of an inverter building.

A baggage conveyor system at the terminal is expected to be installed in 2015 under the second phase of the upgrade project. Other developmental activities conceived for the airport include the airport cyclone protection works, relocation of the control tower, construction of an automated car parking system, relocation of the power system, installation of runway edge lights and indicator system, improvements to the ground water system, and construction of an apron. These activities are expected to be completed by 2018.

Facilities at the Rarotonga airport