Two (one domestic and one international)
Expand 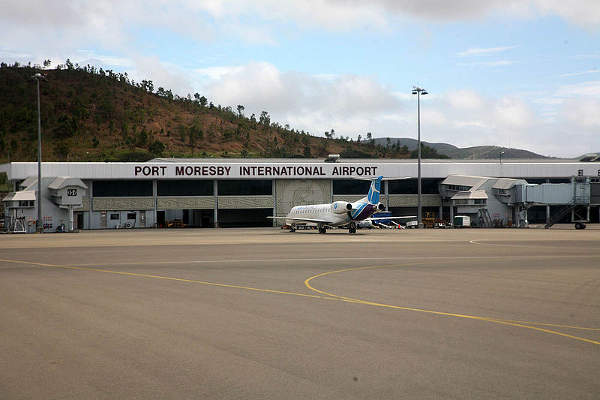 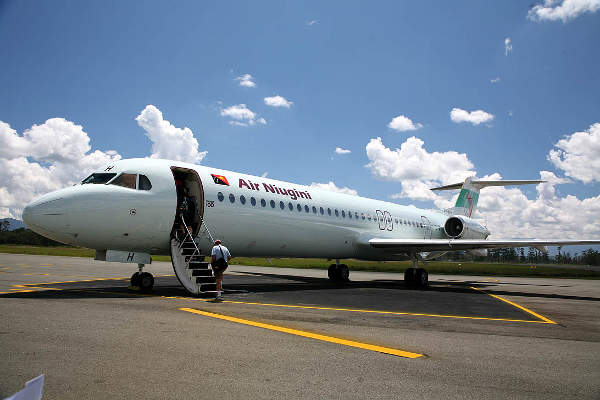 Port Moresby Jacksons International Airport is a hub for airlines such as Air Niugini and PNG. 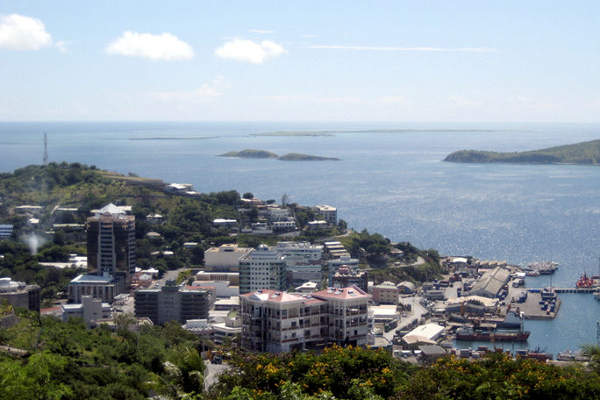 The airport serves the city of Port Moresby. Image courtesy of Jialiang Gao.

Port Moresby Jacksons International Airport is a primary hub of Airlines PNG and Air Niugini, the national airline of the country. PNG and Air Niugini provide services both for domestic locations and overseas destinations, such as Singapore, Kuala Lumpur and Hong Kong, Tokyo. Qantas and Virgin Australia also have services from the airport.

The airport’s site served as an airfield during World War II, with the current terminal being built in 1959 and the taxiway constructed in 1963.

Several improvements have been made to Port Moresby Jacksons International Airport under an initiative of the government to rehabilitate all airports in Papua New Guinea. The enhancements at the airport include a food court, new domestic car park, a new public concourse in the domestic terminal, car booths, shaded walkways and a new coffee shop at the international terminal.

The government and the Asian Development Bank have jointly provided a loan of $400m for the airport improvement project.

The international terminal building at Port Moresby covers an area of 10,000m² (107,640ft²). The terminal has duty free shops, a bank, car rentals, ATMs, a VIP lounge, a VIP ceremonial plaza and a traveller information area. Passengers also have access to a foreign exchange service at the international terminal. The terminal includes four parking bays for aircraft, with two of them having an aerobridge.

The airport also has plans to construct a new international terminal, for keeping pace with the growth of passenger flow. The new terminal is expected to be completed by 2018.

The cargo warehouse of Port Moresby Jacksons International Airport has a storage capacity of 162,000t. The warehouse provides facilities for both inspection of fresh meat and animal quarantine. Radioactive goods, hazardous goods and cargo can also be stored at the warehouse.

The airport has four runways, with two of them having a length of 9,022ft each. The other two are shorter at 6,777ft each.

Port Moresby Jacksons International Airport currently does not charge parking fees, but the idea is being considered for implementation in the future. Parking is available in front of both terminals; long-term for vehicles bearing yearly sticker passes and short-term near the terminals for up to two minutes.

The airport also has a ceremonial car park, which is meant for groups and organisations seeking to formally welcome VIPs.

“The government and the Asian Development Bank have jointly provided a loan of $400m for the airport improvement project.”

VeriPax, which is used for passenger reconciliation, is one of the systems to be installed. VeriPax reads boarding passes of travellers in a very short span, by making use of 2D barcode scanners.

A sophisticated solution for passenger processing, vMUSE, will also be deployed at the airport. vMUSE is compatible with both CUTE (Current Common Use Terminal Equipment) and CUPPS (Common-Use Passenger Processing Systems).

Travellers will also benefit from the installation of a multimedia flight information display system, AirVue, which displays flight details in real time. In addition, management of flight data will become simpler with the installation of AirDB, which enables airport staff to quickly access the database through any terminal using a web-based single interface.