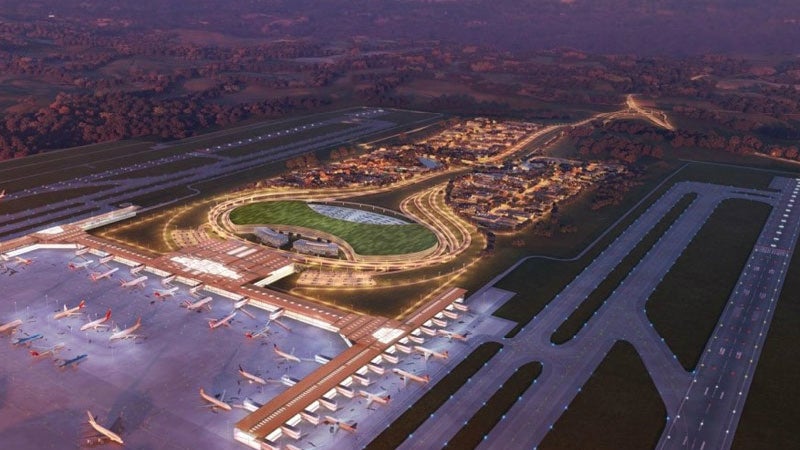 A new metropolitan international airport in the city of Orotina, Costa Rica, is planned to be built to replace the existing Juan Santamaría International (SJO) Airport. Inaugurated in 1955, the existing airport is capable of handling 3.2 million passengers, but lacks the required infrastructure to serve growing passenger needs.

The Government of Costa Rica expects construction on the new airport to commence in 2018.

The proposed airport, which is expected to achieve full operational capability by 2047, will be built and operated through a public-private partnership. It will be able to serve the increasing number of business travellers and tourists flying to and / or from Costa Rica.

Situated near the central and south Pacific areas, the new airport is anticipated to improve the country’s tourism industry and economy. It will also help improve infrastructure and land development in Costa Rica by increasing international access to the country.

The proposed greenfield airport will be located in Orotina canton in the province of Alajuela, approximately 56km west of San Jose near the Pacific coast. It will be built in an area of 1,500ha, covering the communities of El Mastate, Coyolar and La Ceiba.

Situated 250m above the sea level, the project site will have low impact of wind, which will enable safe flights even in difficult weather conditions. The effect of fog and ashes on the new Orotina airport will be less than at the SJO Airport.

Timeline and financing of the new airport

Costa Rica’s Orotina International Airport is part of the country’s plan to modernise and enhance air transport. The project is being managed by the Dirección General de Aviación Civil (DGAC) of Costa Rica.

DGAC issued a tender in October 2015 to conduct a study and determine possible locations for the new airport.

The Government of the Republic of Costa Rica received a master plan and conceptual design of Orotina International Airport in May 2017.

The first phase is expected to cost $1.9bn, whereas the total cost of the project is estimated to be $3.5bn, which will be financed through non-governmental funds. The Central American Corporation for Air Navigation Services (COCESNA) provided funding for the airport’s master plan.

The project is expected to create approximately 80,000 direct and indirect jobs.

The Orotina Metropolitan International Airport will be developed in three phases, which will involve the construction of a 460,000m² terminal and other facilities.

The first phase will include the construction a 128,000m² of passenger terminal, two runways capable of handling large aircraft, and a main access route to lead passengers to the terminal via the airport city.

The second and third phases will add 146,000m² and 186,000m² of space, respectively, through the expansion of the second runway, passenger terminal, airport city, transport infrastructure, and support facilities. Sufficient space will be provided to accommodate necessary facilities for future expansion.

The 4F category movement areas have been designed to enable the operation of wide-body aircraft.

"The Orotina Metropolitan International Airport will be developed in three phases, which will involve the construction of a 460,000m² terminal and other facilities."

The master plan also proposed certain infrastructure improvements, including the construction of a new rapid bus transit line, as well as the expansion of Route 27 to increase the passage between San Jose and the province of Puntarenas.

A new highway is also proposed to be built in Alajuela to connect Pozón de Orotina and the city of San Ramón. A rail connection linking Orotina with San José is also planned.

Mott MacDonald received a one-year contract worth approximately $1.5m from the COCESNA, to perform a feasibility study, as well as design a master plan for the Costa Rica’s new international airport in June 2016.

Other contractors involved in the feasibility study include Costa Rica-based FSA, Spanish firm Enroute, and Gensler.