A new integrated terminal building has been constructed at the Maharaja Bir Bikram airport, the second busiest airport in the north-eastern part of India after the Lokpriya Gopinath Bordoloi International Airport (LGBI) in Guwahati, Assam.

Located 12km from Agartala in the Indian state of Tripura, Maharaja Bir Bikram Airport was previously known as Agartala airport. It was renamed after Bir Bikram Kishore Manikya Bahadur, a former ruler of Tripura. The airport was constructed in 1942 on land donated by the erstwhile ruler.

The terminal development is part of the Airports Authority of India’s (AAI) plan to transform the airport into an international airport.

The new terminal building was built with modern facilities in an area spanning 30,000m² (322,917ft²), with a capacity to handle 1,200 passengers, including 200 international passengers, during peak hours.

The terminal is expected to meet the growing passenger traffic, handling three million passengers a year.

Other facilities include parking for approximately 500 cars and ten buses, and a separate parking area for cars and scooters.

The terminal design is inspired by the local architecture, art, and heritage of Tripura. The building derives its form from the hilly terrain of Tripura.

The artwork incorporated in the terminal includes jaali work, sculptures, murals, and furniture. Jaalis reduces the amount of solar radiation and allows optimum daylight inside the terminal. Skylights, courtyards on either side of the terminal, green cover, and open spaces also enhance natural daylight in the terminal building.

The waiting area is installed with bamboo stem sculptures. The facade features bamboo architecture in the form of a floral jaali pattern depicting the forests and greenery of the region. The interior design features local tribal stone sculptures of the Unakoti Hills and local bamboo handicrafts.

Steel columns covered by metal cladding provide structural support for the terminal. The cladding is supported by steel portal frames and steel purlins.

A sewage treatment plant is also planned to be constructed.

The terminal project also included two link taxiways connecting the apron and runway. The taxiways have a length of 178m and 265m, and a width of 23m each, with shoulders of 7.5m on either side.

Other recent development works completed at the airport included the construction of a Central Industrial Security Force (CISF) barrack, a hangar, a new operational boundary wall, an electrical and mechanical (E&M) workshop, and a new isolation bay.

The new integrated terminal building is installed with a 2MW solar power plant to supply clean energy. AAI collaborated with power utility NTPC for the development of the solar power plant.

The terminal is designed as an intelligent building, installed with a building management and control system (BMS) to increase energy efficiency. The building is installed with several sustainability features such as LED lighting, energy efficient electrical equipment, and an automated lighting control system to achieve a Green Rating for Integrated Habitat Assesment (GRIHA) four-star rating.

Creative Group, a design consultancy and architecture firm based in India, provided the design services for the project.

NCC, a construction company based in India, constructed the new terminal building and completed other associated works.

SGS India, part of global inspection, testing and certification services provider SGS, was selected as the project management consultant for the terminal development.

Infrastructure at the Bir Bikram Airport

The apron area provides parking for three aircraft including one A-320/A-321 aircraft and two ATR-72 aircraft. The five taxiways built before the terminal project was undertaken have a width of 23m, with shoulders of 7.5m on either side. 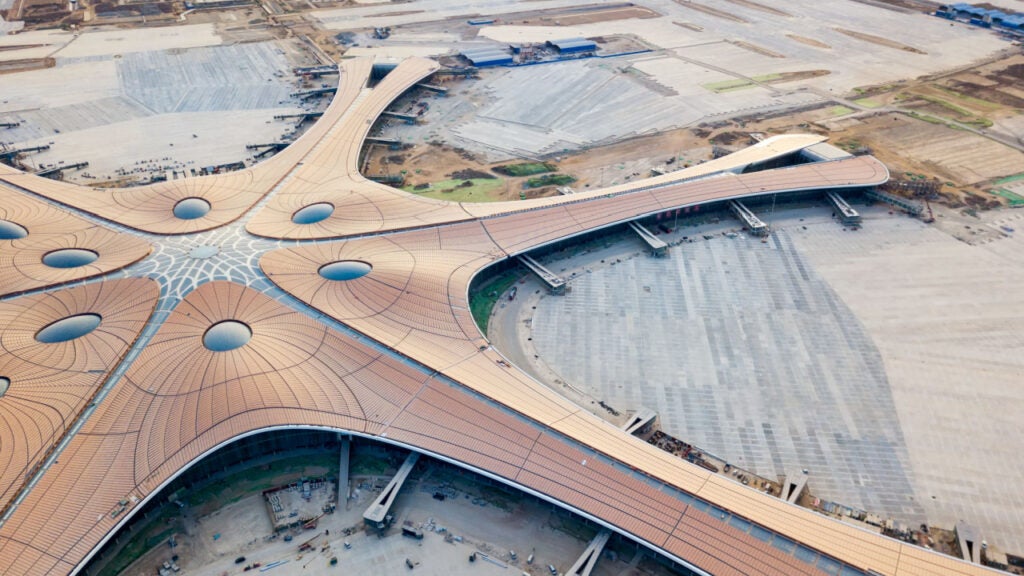