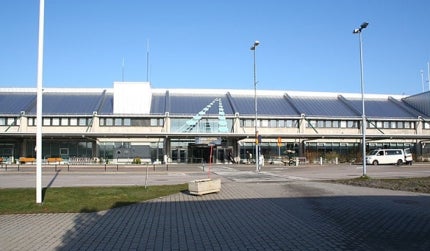 Gothenburg-Landvetter Airport is the second largest airport in Sweden serving the Gothenburg region. The airport is located 25km east of Gothenburg and 40km west of Borås. Opened in October 1977, it was named after Landvetter, a small town in Härryda Municipality. Swedavia operates and owns the airport.

The refurbishment of the international terminal at Gothenburg-Landvetter Airport was initiated in early 2011. The first phase of renovation, which included the opening of a newly refurbished security area, was completed in February 2012.

Work on a 1,000m² international departure hall was completed in 2013. It includes a new open-plan space for shopping and dining. Nuance Group operates the retail shops at the airport on a concession basis.

Gothenburg-Landvetter features of the passenger terminal

The airport has two passenger terminals, one domestic and one international, each with four air bridges, as well as one cargo terminal. All check-in counters are located in the international terminal, which also features a hotel around 350m away. The terminals have 40 aircraft parking spaces.

Stockholm-Arlanda airport is situated 37km north of Stockholm and 40km southeast of Uppsala in the Sigtula municipality of Sweden. It is one of the top three airports in Scandinavia by size and is the largest airport in Sweden.

In November 2011, Vanderlande Industries was awarded a €4.2m ($5.15m) contract to upgrade the existing baggage handling system at the airport. It included the replacement of the current X-ray machines at the baggage area in order to suit to the new screening regulations, which came into force in September 2012.

The existing PLCs and high-level controls at the baggage area was changed into new Vanderlande VIBES software suite, while a new baggage handling line was integrated with a BAXORTER loop sorter. The upgrade was completed in 2013.

The airport is facilitated with aircraft maintenance, mechanical handling, refrigerated storage, and deep-freeze storage facilities. It has a cargo capacity for 120,000t and 10,000m² warehouses. ASE Handling carries out the fixed base operations (FBO) at the airport.

The airport has three car rental companies namely Avis, Europcar and Hertz located near the terminal.

A railway line between Gothenburg-Borås is also planned. The line will connect the airport through a tunnel. Its construction is expected to begin in 2020.

The airport has more than 10,000 spaces for car parking in seven parking lots. The P1 and P2 car parks are used for short-term and domestic purposes, P3 car park is an indoor multi-storey car park, and P4 car park is for international travellers.

Parking lots P5, P6 and P7 are meant for long-term car parking, while the parking lots are provided with security and surveillance systems.