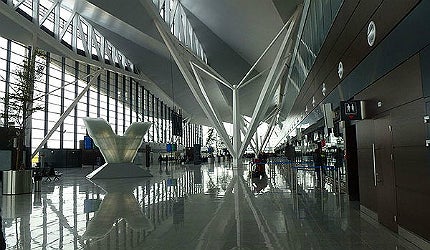 Gdansk Lech Walesa Airport is located 12km away from the city of Gdansk in Poland. It was opened in 1974. It covers an area of 240ha and was named after the former president of Poland, Lech Wałesa, in 2004. It is operated by Port Lotniczy Gdańsk Spółka.

The international airport provided service to more than 2.48 million passengers and recorded in excess of 34,360 aircraft movements in 2011. It also handled 4,943t of cargo during the same year.

"Gdansk Lech Walesa Airport is located 12km away from the city of Gdansk in Poland."

Construction of a new terminal (T2) at the airport was started in February 2010, in order to accommodate the passengers arriving for the 2012 UEFA European Football Championship.

The construction was completed by February 2012 and the new terminal was opened to the public in April 2012.

The terminal cost PLN 247m ($71.38m), of which one-third of the investment came from the Cohesion Fund. The project included installation of ARINC’s vMUSE technology, which is a commonly-used passenger check-in and departure solution.

Master plan for the Polish airport

In June 2011, the master plan for the airport’s development was prepared by the PM Group in association with Gdansk Urban Planning Company Alter Polis. It forecast the expansion and modernisation of the airport by 2035.

"Gdansk Lech Walesa airport has a single runway (11/29) which is 2,800m long and paved with asphalt and concrete."

Terminal T1 has arrivals in the ground level and departures in the second level. Terminal T2 has the capacity to accommodate up to five million passengers in a year.

It has a large hall divided into two areas – the airside with baggage sorting facilities and the waiting area. It also has the landside with departures lounge, airline offices, concessions and service areas.

Gdansk Lech Walesa airport has a single runway (11/29) which is 2,800m long and paved with asphalt and concrete.

The air traffic control (ATC) tower at the airport was constructed in 1999. It is located near the passenger terminals.

The general contracting and turnkey execution contract for the ATC tower was awarded to Mostostal Gdansk. It included construction of a 31m high control tower with an office building.

Fixed-base operations (FBO) at the airport are provided by companies such as Euro Jet, Excel Handling, FCG OPS Centre and GDN Airport Services.

The airport has warehouse facilities with a space of 315 square metres which provide up to 3,000t in storage capacity. It also has a freighter dock, bonded warehouse and air-conditioned storage facilities.

Multiple ground transportation facilities are available to and from the airport. Gdańsk’s main railway station is located near the airport.

A 20km train line which connects Gdansk, Gdansk Airport and Gdynia was given the go ahead and is expected to be ready by December 2015.

ZKM Gdańsk operates public buses to and from the airport. Car rental companies located at the terminal include Hertz, National, Budget, Europcar and Avis.

The City Plus Taxi company provides the taxi services at the airport. Shuttle services are also available.