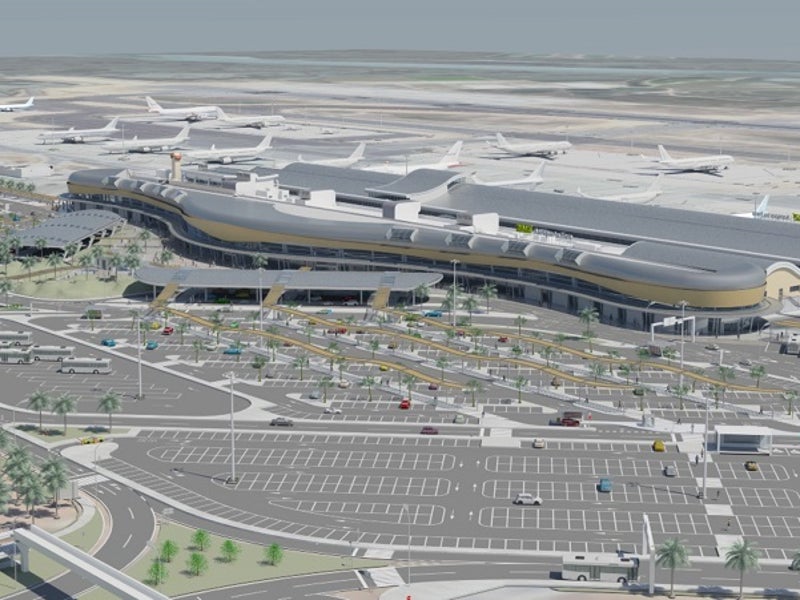 Portuguese airport authority ANA Aeroportos de Portugal inaugurated an expanded passenger terminal at Faro International Airport in Faro, Algarve, Portugal, in July. Equipped with more operational and retail spaces, the revamp will improve aircraft movements at the airport and enable the low-cost carriers to expand their network in Faro.

The Portuguese Government expects that the expanded terminal will improve the country’s economy and tourism.

The latest upgrades will allow the airport to cater an anticipated 50% growth in passengers and tourists visiting tourist centres of southern Portugal and Spain. The expansion will also allow the airport to handle up to 30 flight movements an hour and facilitate parking for 30-37 aircraft.

Background to the terminal expansion at Faro airport

ANA unveiled its plans to upgrade infrastructure at the Faro airport passenger terminal with an investment of €130m ($163.5m) in February 2009.

The expansion works were carried out in two phases, with the construction on phase one beginning in 2011 and completed in 2015.

The first phase involved upgrades to the access points to the terminal, car parking facility, road signalling, CCTV system, and exterior coverages to support departure and arrivals. New passenger drop-off and pick-up space and kerbside areas were built on the area next to the passenger terminal.

The phase two expansion and redevelopment works were commenced in October 2015 with an investment of €32.8m ($37.6m), which was supported by the Portuguese Government and the European Union.

The second phase of the expansion enlarged the terminal area from 81,200m² to 93,120m², increasing the operating and public areas. The terminal now has a capacity to process more than 3,000 passengers an hour.

The retail and catering areas on Levels 1 and 2 of the terminal building were also expanded and renewed as part of the phase two. A 4,770m² area was added to Level 2 for security control and new office spaces.

The public atrium of departures and arrivals was expanded along the entire north front of the building in an area of 6,324m².

The expansion added a new security control area to six additional airport security checkpoints to meet high safety standards. A new check-in 1 area is built in the north side of the passenger terminal.

"The Portuguese Government expects that the expanded terminal will improve the country’s economy and tourism."

New security features such as fire protection systems, building automation systems, and a command and control system were added.

Mota-Engil won a contract from ANA, a subsidiary of Vinci, for the expansion and refurbishment of the terminal at the Faro International Airport in July 2015.