900 passengers and 120 aircraft movements per day on average

Check out our video feature here 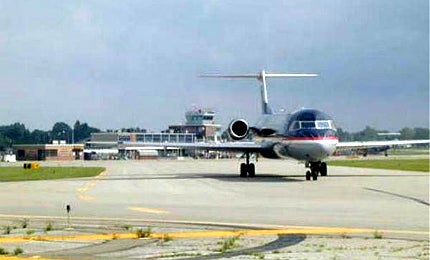 Erie International Airport serves the city of Erie, which is the fourth largest city in the state of Pennsylvania, with a population of more than 101,807. The airport is spread across a land area of 415 acres and lies 733ft above sea level. It is located at a distance of 10.46km from the city.

Erie Regional Authority is the operator of the airport. It is a self supported airport, obtaining capital investments from charges paid by passengers for using the facilities, surplus revenues, revenue bonds and state and federal grants as part of the Federal Airport Improvement Programmes. In 2004, the airport provided an economic boost of $241m to the region.

Development / expansions of the Pennsylvanian airport

"On average, the airport handles 900 passengers and 120 aircraft movements a day."

Erie Airport was a small airfield in the 1920s. In 1925, it was licensed as a commercial airport, making it one of the earliest airports in the nation to receive a commercial license. In April 1936, the federal government approved a Class A-1 airport for the region. Developments to turn the airport into a full fledged facility started in 1936, under the Works Projects Administration. A hard surface runway and a hangar were constructed.

Construction of a $6.6m terminal building started in October 1956 and was completed in September 1958. The airport’s four storey control tower was inaugurated in December 1957. The north-south runway, concrete loading apron for the new terminal building, three new taxiways and two parking areas were completed in April 1958.

An emergency equipment building, equipped with snowploughs, snow blowers and a foam fire truck, was opened in 1960. The US customs service building was built in 1968, with which the airport met international classification. A $35,000 baggage claim area was constructed in 1970.

In 1990 an additional ticket counter space was added, with a cost of $325,000, to the west side of the terminal building. The west end of the terminal was expanded in 1991 to include a US customs office.

Realignment and renumbering of taxiways, new signage for the entire field and other works were completed between 1992 and 1993. The terminal main lobby was renovated and a new baggage claim area and a new baggage mark up area were installed in 1999 and 2000. Few improvements were made to the parking area and a new car rental facility was opened in 2001.

The bidding process for the first phase of the runway extension project started in mid-2010. The $83m project was completed in November 2012.

As befits the airport of the capital city of the USA, Washington Dulles International Airport is an impressive facility, which is situated around 26 miles from downtown Washington DC on an 11,830-acre site in the state of Virginia (Loudoun and Fairfax Counties). 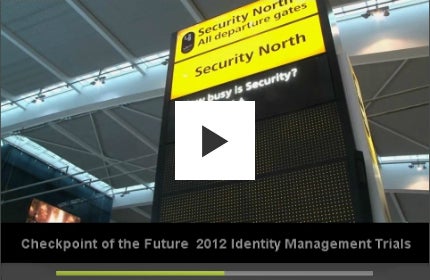 IATA’s Checkpoint of the Future programme promises to change the face of airport security, emphasising a differentiated screening system that makes use of biometrics and passenger data. Read more here.