Speaking at the Amadeus IT Conference 2019 in Munich, OACIS COO Andrew Bartholomew stressed how airports must use their infrastructure more as an ‘entertainment complex’.

He said that ‘the current model is showing some growing pains’, and that airports are ‘undoing the benefit they can get out of the massive real estate by using it for check-in’.

“If they can shrink that check-in footfall to a much smaller space, then they’re free to choose to [add] more shops and more restaurants and places for people to spend money,” he said. 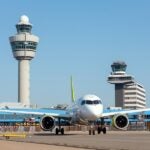 While many airports, including Heathrow, Changi and Charles De Gaulle, have been using self-service check-in kiosks, Bartholomew said that ‘times are a-changing’.

“Most airports are continuously improving check-in and bag drop facilities at the airport, whether it’s with automation or with other levels of service. However, it all still happens at the airport,” he said.

Speaking about OACIS, which was launched in December 2017, Bartholomew said that its main purpose was to make travel increasingly ‘seamless, free and fun’.

“We have got the technology now that can decentralise the check-in process and place it where people would prefer it to be,” he added.

OACIS uses Amadeus’ Airport Common Use Service (ACUS) cloud technology for its mobile check-in service and Bartholomew said that it was a ‘crucial partnership, which helped us access more airport companies’.

The technology enables customers to check-in and drop off their baggage, anywhere and for any airline, from a site other than the airport. “The passenger could literally be anywhere, at home, at the office, a conference, at a hotel, or in the middle of a field and we can do the check-in for you,” he affirmed.

A vehicle-based mobile solution carries the equipment needed for check-in and bag drop and acts as a remote kiosk that passengers engage with at airports. “We collect and eject that luggage into the regulated screening system such that it goes through exactly the same as it would if the customer would have taken it themselves,” he explained.

Increasing demand for air travel will require more capacity at airports, and Bartholomew argues that using OACIS can help solve that.

“Fewer passengers having to check-in at the airport will reduce [airport companies’] ground handling costs, because they pay someone at the moment to chip customers in at the airport,” he said.

“What we’re offering them is that our customers who we’ve checked in would have paid us revenue and we’ll share that revenue with the airport so by going off-airport, it reduces the cost and increases revenue.

“To me, it’s a no-brainer, but getting people to cross the line is what we’re working on.”

Challenges encountered when pitching the technology to airports

Building on how airports have been slow to embrace technology, Bartholomew said that convincing potential customers for partnerships was far from easy.

“Building awareness has been a long and winding road for us because everyone’s mindset has been conditioned to think that ‘if you’re flying somewhere, you take your bags to the airport, and you need to be there three hours early,” he added.

For instance, he said the airport in Istanbul is still ‘the design package clearly indicates there’s an expectation in this particular scenario for customers to bring their luggage to the airport’.

“I don’t think that’s the way forward,” he added.

An Uber-style app for checking in luggage

While OACIS currently works through a pop-up model at schools, cruises, conferences and hotels, Bartholomew said that going forward the company will look at being available through a mobile app where passengers can book its services from wherever they are.

“The next phase for us is to personalise our service and we have developed the prototype mobile service.

“At the moment, we’re transporting luggage so why not transport the person as well if you can get into an Uber vehicle. We will then be able to transfer your bags, do the check-in, biometrics, have your boarding pass and bag tag ready so you can travel without any issues.

“We’re crawling at the moment, but we can run,” he said.

The company operates for Sydney Airport at the moment but will soon branch out into Southeast Asia and the Pacific.  “The projections for growth in that area are the biggest in the world after all,” he added.