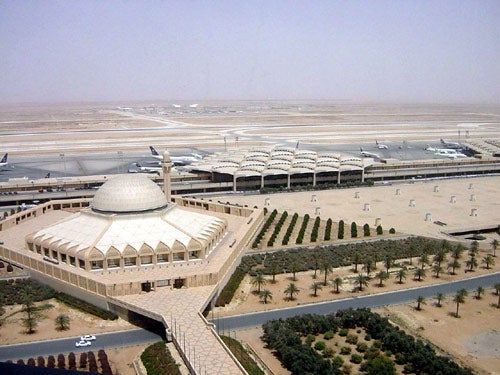 Saudi Arabian officials have announced plans to expand the size of King Khalid International Airport in the capital Riyadh three-fold over the next five years.

The country’s airport traffic has reached 50 million passengers a year which is expected to exceed 80 million within the next decade.

Saudi Arabia has not disclosed the total amount of investment but said the multibillion dollar projects will help cater to the growing number of passengers.

"We developed a comprehensive master plan with a conceptual design for the four terminals that will raise the capacity at Riyadh airport from 12 million to 24 million," al-Zahrani said.

Saudi Arabia is also planning to invest SAR27bn ($7.2bn) in the King Abdulaziz International Airport (KAIA) airport in Jeddah, its second largest city, and plans to launch sukuk within one or two months to finance the project.

GACA President Prince Fahd Bin Abdullah Bin Mohammed Al-Saud said: "We have agreed with the finance ministry to issue a sukuk which will be paid back by revenue from the Civil Aviation Authority, and it will be issued soon… I believe within a month or two."

The country is expecting the airport to be complete within three years to raise annual capacity to 30 million passengers.

The country currently has 26 domestic airports and four international airports and the General Authority of Civil Aviation (GACA) of Saudi Arabia plans to expand and build 28 airports in the next 20 years.

Under the plan GACA is considering to invest between $10bn to $15bn on building, developing and upgrading airports by 2020, in co-operation with private investors.

Jeddah airport is designed to accommodate the world’s largest aircraft, including A380s and will handle 80 million passengers a year by 2035.

Caption: The King Khalid International Airport is designed to accomodate A380s and will handle 80 million passengers a year by 2035.