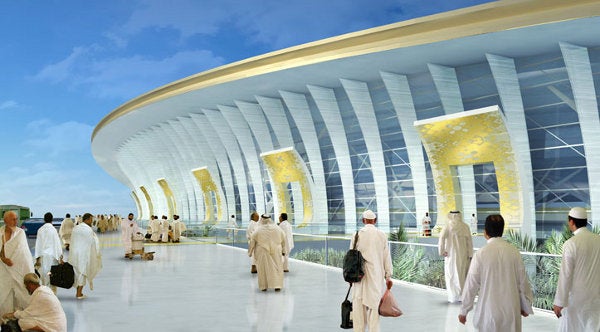 The upgrade and modernisation projects at the King Abdul Aziz International Airport (KAIA) in Jeddah are 90% complete, according to an airport official.

General project supervisor Muhammad Bin Ahmed Abid said the renovation work being carried out by the Saudi Binladin Group is expected to increase the airport’s capacity to 30 million passengers a year, enabling both domestic and international operations.

The project encompasses construction of a 670,000sq m passenger terminal complex, 46 contact gates, 96 boarding bridges with double-deck A380 access and an internal automated people mover linking the passenger processors with the international hub.

Of the total upgrades, 95% of the facilities have been finished and 60% of design and engineering services have been completed at the airport.

"Runways, courses and courtyards have been built to accommodate the new giant airplanes [Airbus A380]," said Abid.

Work at aviation safety standards and monitoring buildings has been completed, and a total of 69% of excavation work has been done.

Saudi Arabia General Authority of Civil Aviation (GACA) president Prince Fahd Bin Abdullah Aal Saud said this new project will enhance the airport’s role as a gateway to the Two Holy Mosques and as a link between east and west.

"Passengers will soon have world-class services at the airport and that similar plans are underway to upgrade the Kingdom’s other airports," Fahd said.

The project will be completed by the end of September 2012. The Abdul Aziz Airport master plan also oversees development in three phases to 2035, with the estimation of peak annual capacity to reach 80 million passengers using the existing three runways.

Under the plan, GACA in co-operation with private investors is planning to invest between $10bn to $15bn on building, developing and upgrading airports by 2020.