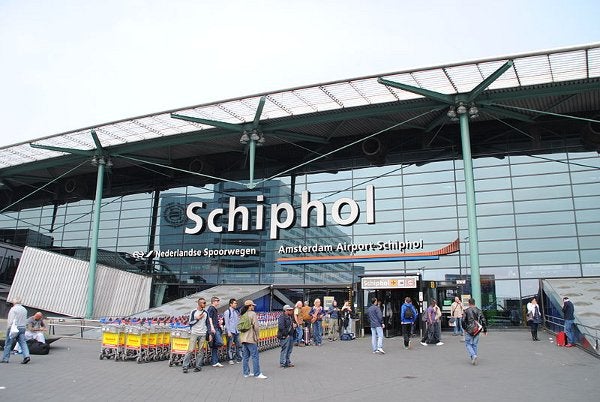 Amsterdam Airport Schiphol (AAS) has reported a 10.2% rise in passenger traffic to approximately 49.8 million in 2011, compared with 45.2 million in the previous year.

The growth in passenger traffic makes Schiphol Europe’s fourth-largest passenger airport and has elevated its market share and network.

Schiphol Group president and CEO Jos Nijhuis said AAS transport results are favourable, and the airport served a record number of passengers in 2011.

"Our extensive network of connections is crucial for maintaining the Netherlands’ attractive business climate," he said.

"This year will be a challenging year, in which we are expecting to see passenger volumes stabilise and cargo volumes shrink," he continued.

The airport’s cargo transport remained almost unchanged by recording about 1.5 million tons of cargo, while 8.8% growth was seen in the number of air transport movements from 386,319 to 420,245.

In 2011, the airport added 12 more direct destinations, bringing the total to 313 that include intercontinental destinations, such as Guangzhou, Hanghou, Rio de Janeiro, Buenos Aires, Havana and Orlando.

The airport has added seven more destinations in Europe, creating a total of 169.

Experts expect that AAS will require more terminal and pier capacity, as the airport expects passenger and cargo volumes to start growing again in the longer term.

Nijhuis said: "Schiphol needs to take a number of major steps in order to remain Europe’s preferred airport, also in the long term. This means that we will be investing in capacity and quality. We are currently preparing an investment programme to ensure the ongoing development of our main port"

AAS serves as one of the home bases for Air France-KLM and its SkyTeam partners.