Malaysia Airports has entered a memorandum of collaboration (MoC) with Universiti Teknologi Malaysia (UTM) for strengthening the operational competences of its airports.

The MoC will cover 15 areas that include airport operations, engineering and technology, among others.

It also seeks to help Malaysia Airports manage its existing group of airports by sharing knowledge, ideas, technology and innovation. 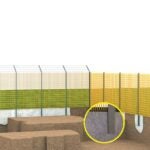 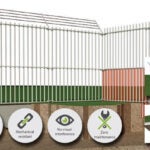 “This way, Malaysia Airports can also play a role in contributing to the country’s aspiration to be among the top 20 of the Global Innovation Index by 2030.”

The collaboration has facilitated the execution of technology transfer and human capital development policies between the pair.

“Our industry partners play a crucial role for UTM in bringing research findings to prospective graduates who aim to become a job creator.”

In May, Malaysia Airports informed that international passenger numbers at its local airports network soared by 53% following the reopening of the country’s border on 1 April.

Subsequently, the company has been witnessing an average movement of 30,000 foreign passengers every day. This figure rose to more than 30,0000 during the Hari Raya festival.