Under the 15-year contract, Fraport will receive 85MW of electricity from the 900MW EnBW He Dreiht wind farm in the North Sea off the coast of Germany.

The CPPA will become operational in the second half of 2026, allowing Fraport’s transition to renewables.

This wind-generated power will be utilised to support the operations of the three terminals and other buildings at FRA. 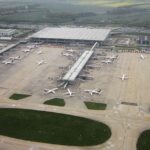 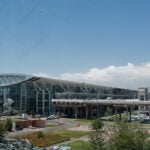 The green electricity will also be harnessed to light the airport’s apron and four runways, as well as charge more than 500 electric vehicles (EVs) on the airfield.

For more than a year, Fraport generated multiple megawatts of green electricity through an on-site photovoltaic array.

Now, additional arrays will be introduced alongside the runways and on building roofs.

As part of its climate protection strategy, Fraport’s also plans to upgrade its current infrastructure to make them more energy-efficient.

It aims to deploy smart climate control systems and LED technology, as well as support further electrification of the vehicle fleet.

Fraport CEO Dr Stefan Schulte said: “Renewables such as wind and solar are the focus of our climate strategy. They provide the firm foundations for a comprehensive package of measures to systematically reduce our CO₂ emissions. Our clearly defined goal is to make Frankfurt Airport carbon-free by 2045. The power sourced from this new offshore wind park will play a central role.”

Earlier this month, a consortium of Fraport and TAV Airports Holding placed the highest bid of $8.21bn to extend its operating concession for Antalya Airport in Turkey.