To mark its opening, a Sichuan Airlines flight carrying 262 passengers, bound for Beijing, took off from the airport as its first flight.

With this new airport that will complement the city’s Shuangliu International Airport (CTU), Chengdu has become the third city in China with two international airports, after Beijing and Shanghai, reported Global Times.

Chengdu Tianfu is the largest civil transport airport under the 13th Five-Year Plan from 2016 to 2020. 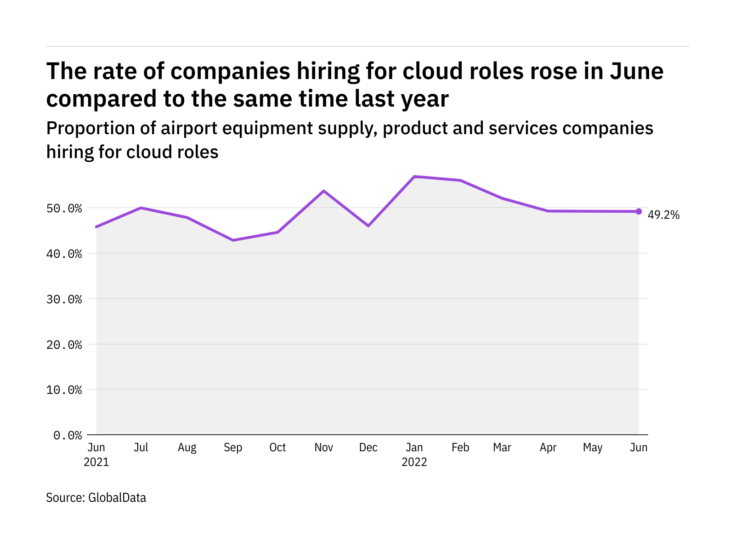 Cloud hiring levels in the airport industry rose in June 2022

Under the phase one project, the construction of three runways and two terminals were executed.

With a combined area of 710,000m², both terminals can handle nearly 60 million passengers and a cargo volume of 1.3 million tonnes annually.

Having a total length of 4,000m and a width of 75m, one of the runways is the highest level 4F runway that can support big passenger aeroplanes.

In due course, the airport will manage nearly 120 million passengers annually, with terminals of 1,400,000m².

According to Wu Ding, an official managing the airport’s construction, more than 30 new technologies have been installed at the airport.

This new airport is anticipated to function as the city’s main international airport while the Shuangliu airport will support the country’s domestic operations.

In September 2020, China started a $4.9bn (CNY33.44bn) expansion project at Zhongchuan International Airport in Lanzhou, the capital of Gansu province.

The project was the third phase of the overall expansion programme at the airport as local authorities sought to redevelop the facility as an air transport corridor along the Silk Road.