The journey of flight BA1476 with SAF resulted in 62% fewer carbon emissions compared to a similar journey in 2010, stated the carrier.

BP provided the SAF that was blended at 35% with traditional jet fuel in line with technical aviation specifications. 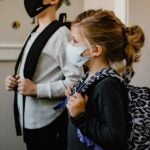 The flight was operated by an Airbus A320neo, which is said to be the most fuel-efficient short-haul aircraft in British Airways’ fleet currently.

NATS air traffic controllers directed the aircraft from the moment it took off from Heathrow airport in London to its descent at Glasgow, avoiding any levelling off, which would have led to a rise in fuel consumption.

In order to ensure an efficient journey, the aircraft’s climb speeds were programmed in advance while aircraft computer systems worked out an optimum altitude and used precise weight and wind data.

During flight landing, the second engine of the aircraft was switched off in an effort to halve the power consumed and carbon emitted as it taxied to stand.

The flight’s main objective was to show the progression of the aviation industry in decarbonisation over the last decade.

British Airways chairman and CEO Sean Doyle said: “This flight offered a practical demonstration of the progress we’re making in our carbon reduction journey. By working together with our industry partners we’ve delivered a 62% improvement in emissions reductions compared to a decade ago.

“This marks real progress in our efforts to decarbonise and shows our determination to continue innovating, working with governments and industry and accelerating the adoption of new low carbon solutions to get us closer still to the Perfect Flight of the future.”

In July, a total of four aviation projects, backed by British Airways and aimed at facilitating decarbonisation, were shortlisted for the UK Government funding.

The projects are set to promote the industry’s net-zero carbon emissions targets by 2050.