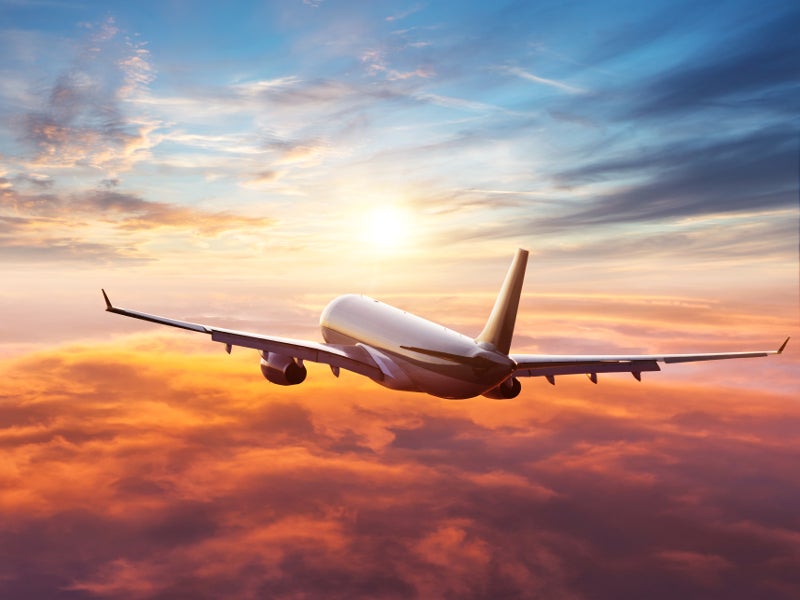 Most popular tweets in airlines in November 2019: Top ten

Dominic Gates, a journalist, shared an article about the damage caused to the fuselage of a Boeing 777X aircraft during a stress test conducted at the company’s Everett facility in Washington, US.

The incident led to the depressurisation of the fuselage, splitting it wide open. It is reported to have occurred when the structural strength of the aircraft’s airframe was being put through extreme stress test.

A passenger door that blew out was a secondary impact of the initial rupture, located far below the door.

But the structure failed so close to the target, Boeing won’t need to retest https://t.co/us2O6dJyJk

Tony Fernandes, CEO of Air Asia, tweeted about Air Asia winning the title of world’s leading low-cost airline for the seventh time. The airline also won the best low-cost crew in the world for the third time.

Wow we won World leading low cost airline for the 7th time !!!!!! And event better world best low cost crew 3rd time in the world. Rather than me get the award I asked Suhaila our head off Cabin crew to get the award. Time for the world to know the real hero’s. And she is one. pic.twitter.com/rQVGuRWrQz

NEWS: American Airlines pushes 737 Max scheduled return to service to March 5, 2020, signaling that the halt to revenue flying for the jets will last days short of a year since the crash of #ET302.

Sully Sullenberger, a retired airline captain, tweeted about the Federal Aviation Administration’s (FAA) plans to increase the rest period for flight attendants with US airlines to at least ten consecutive hours for periods of duty of up to 14 hours or less. He noted that flight attendants play a vital role in the safety and security of passengers and the new plans will help them in getting adequate rest.

Flight attendants are vital to the safety and security of the passengers and crew on every flight. I’m very glad to see that they are finally going to be getting more adequate rest periods. It's about time! https://t.co/xFcr8XnZfE via @cozen_oconnor

6. Julie Johnsson’s tweet on the closure of a factory that produced parts for Boeing’s 747 jumbo

Julie Johnsson tweeted an article about the shutdown of a factory operated by Triumph Group that produced parts including fuselages for the Boeing 747 jumbo jetliner aircraft. The factory is being sold in parts in an auction.

The sale will require Boeing to decide on investing in making fuselages or end production of the aircraft, Julie opined.

Scoop! An online auction this afternoon may determine the fate of @Boeing's 747. The ex-Northrop factory that has churned out fuselages for every #747 jumbo jet ever made over a half century is being sold for parts #avgeek #QOTS https://t.co/1eyCTfPpUD via @technology

Ben Schlappig, a blogger, shared a review of Air France’s new A350 cabin through his blog, One Mile at a Time. He covered in detail regarding the design of the cabin and the features of the seats and services offered.

Air France’s beautiful new A350 cabin! Not only is the A350 a new plane for Air France, but they also have new seats on it. Full review of the Toronto to Paris flight now on blog. 🇨🇦✈️🇫🇷 pic.twitter.com/ggpyXFuaQi

Simon Calder, a travel writer, tweeted about Qantas’ Project Sunrise, a research project aimed at operating direct flights from Brisbane, Sydney, and Melbourne to New York and London. The first flight was made from New York to Sydney in 19 hours and 16 minutes in October 2019.

A second flight using a Boeing 787 Dreamliner was completed from London to Sydney with 49 passengers on-board in 19 hours and 19 minutes in November 2019.

The flight attendants at Delta Airlines are currently not part of any union and previously voted against unionisation in 2002, 2008, and 2010. Sara is hopeful that the current economic and social landscape will result in a different outcome.

To my good friend and union brother @ALPAPresident and all of our flight deck union sisters and brothers of @WeAreALPA, thank you for your immediate support for Delta Flight Attendants working to join @afa_cwa! #OneCrew #1u pic.twitter.com/ywlWkc0NyA