Schiphol airport, located 9km south-west of Amsterdam, is a gateway not just to the popular Dutch city, but also for the whole of Europe, as well as more exotic regions such as Asia and the Middle East. Serving 322 direct worldwide destinations and around 71 million passengers, it’s the world’s eleventh busiest international airport for traffic.

Yet Schiphol could become a victim of its own success. Currently it has a limit of 500,000 flight movements a year – and in 2018 very nearly reached this limit clocking up 499,446 landings and take-offs.

As the airport nears capacity, the Dutch infrastructure minister Cora Nieuwenhuizen said in February that she is keen for Schiphol to take advantage of ‘the enormous growth in aviation in parts of the world where it used to be unaffordable.’

According to the Nieuwenhuizen, the airport must continue to grow or the Netherlands will lose out to other airport hubs in Europe.

Schiphol Airport, which is owned by Royal Schiphol Group, has a single terminal with three departure halls and six runways.

To increase its capacity and efficiency, expansion of the airport has already begun. The building of a new pier and terminal began in 2016 to increase the airport’s annual passenger capacity by around 14 million by 2023.

“Longer term plans for the airport’s expansion are yet to be finalised.”

The pier, which is expected to be ready at the end of 2019, will be a three-storey structure that will provide more capacity at the airport via eight gates – three for wide-body aircraft and five gates for narrow-body aircraft. At a later stage, two extra wide-body gates will be added to the south side of the new pier.

The new structure will be the most sustainable pier at Schiphol, thanks to design elements such as biomaterial, insulating glass, reusable plastic and marble rubblework tiles.

Transport links to Schiphol will also be improved with a new connection to the North-South metro line, which is going to be extended from Amsterdam. New parking facilities have also been built.

Bur longer term plans for the airport’s expansion, which must consider issues of pollution, noise, sustainability and land use, are yet to be finalised, with key stakeholders considering whether it should be expanded or another, separate facility, should be built instead. 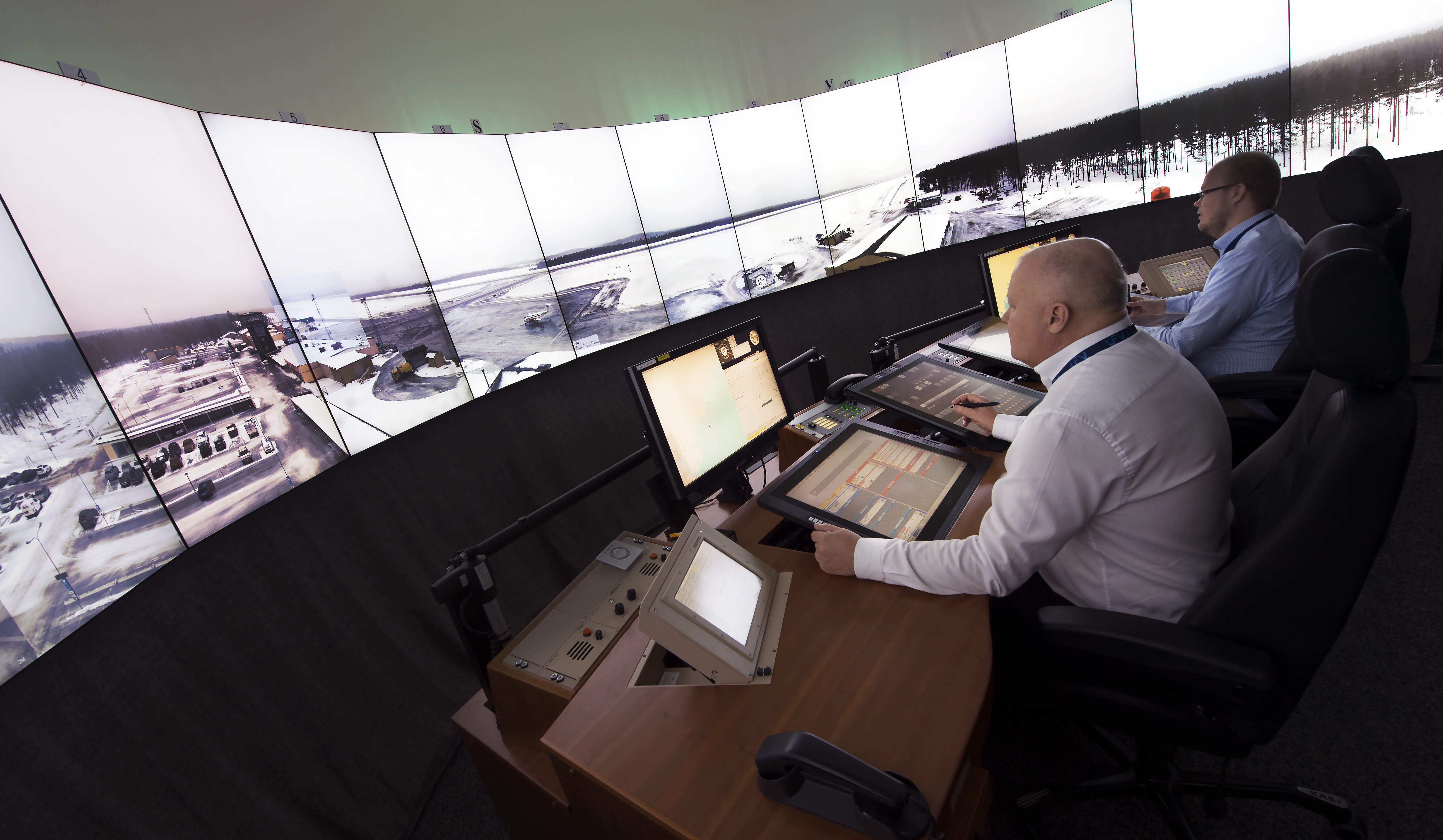 To retain public support for the growth of Schiphol, one plan had been to open Lelystad Airport, the biggest general aviation airport in the Netherlands, to holiday traffic in 2020.

This would allow Schiphol to focus on more lucrative intercontinental flights, while some European flights could depart from Lelystad, as well as give more time for consultations with local residents, who have been resistant to the expansion.

“One plan had been to open Lelystad Airport to holiday traffic in 2020.”

The airport, which is around 50km east Amsterdam, has been given the go-ahead to develop into an airport with a maximum of 45,000 air transport movements per year. However, while some of these extra flights were supposed to start this year, the airport’s opening has been delayed until 2020. This is the second time the opening has been postponed.

To make Lelystad a success, the government had wanted some airlines, mostly the European budget ones, to switch to the new location. However, these plans were scuppered by the European Commission after it forced the transport minister to scrap the idea. While the exact reasons why the commission rejected the plans remain a mystery, it is thought the decision was overshadowed by concerns it would breach competition laws and unfairly benefit both Schiphol and KLM.

Greg Alcorn, divisional director for transport and infrastructure at Synectics, a security systems company that worked on expansion of Jakarta airport, says shifting traffic to another airport – whether already existing or completely new – can be problematic.

“The choice to build a new airport needs to be taken really seriously, it’s imperative to know what role both will play and how both can be efficient and work on a competitive basis, otherwise it’s possible one airport might offer a much better customer experience and so most people use that airport and the other one fades away,” he says.

“Then you have a much bigger problem, with one airport hitting capacity and the other doing only marginal business.”

Furthermore, he adds, the amount of additional infrastructure needed outside of the airport itself, such as transport links, is far outweighed by the efficiencies gained by operating an existing airport better.

“The choice to build a new airport needs to be taken really seriously.”

“Personally, I believe expansion options should be considered before adding new airports,” he says.

Tim Morrison, aviation director for WSP, a management and consultancy service, agrees there are challenges to relocating capacity from Schiphol to somewhere else.

“People want to be in Amsterdam and they still need those quick connections to the city,” he says.

He adds that he is aware managers at Schiphol are also looking to shift some cargo flights to an airport east of the Netherlands to allow them to expand and share the sustainability burden.

“Cargo is a slightly different dilemma, however, but you still need to make sure it’s in a logical position close to appropriate road and rail networks to ease the onwards journey,” he says.

WSP unsuccessfully tendered for work on the expansion of Schiphol Airport but is currently working on projects at Gatwick, Heathrow, Birmingham, Stanstead and Dublin.

Although building a new airport has not been officially ruled out, suggestions for expansion are being considered.

One includes expanding the airport into the North Sea with the creation of a new offshore runway, remote boarding and light-rail link between the sites. A seawards runway, proponents say, would allow noisier ones on the current site to be closed down.

“Moving the entire airport is too expensive, but runways can be located in the sea.”

Entrepreneurs and residents living around Schiphol says this would be the easiest and most agreeable option, avoiding protected forest and agricultural land.

Whereas to expand north, south or east would mean negotiating protected forest and agricultural land, as well as busy arterial roads linking Amsterdam with the airport and parts of the city’s suburbs.

“Moving the entire airport is too expensive. But runways can be located in the sea,” researcher Eef Haverkort of the residents’ group around Schiphol told a Dutch newspaper.

However, Morrison says there are technological costs and constraints to shifting airport infrastructure to or near the sea, including ‘challenges around birds and oceans, but it has been done in the past where it is suitable.’

At the end of January, it was reported that the Schiphol Environmental Council, which consists of local residents, governments, the aviation and other sector organisations, could not come to a consensus on the future growth of the airport.

“A ban on further growth of Schiphol is not realistic.”

Instead it advised that Schiphol be allowed 10,000 additional flights per year up to, and including 2023, and to allow moderate growth till 2028. This would mean the number of flights allowed will gradually increase to 525,000 flight movements per year in 2028, according to NU.nl.

In the past, local residents have taken the airport to court over failings to manage the situation and violations in policy. Yet they also seem to understand the importance of the airport to the country’s economy.

In a comment to Dutch News, Haverkort said: “Air traffic will continue to grow. A ban on further growth of Schiphol is not realistic because of the airport’s great economic significance to the Dutch economy.”

New and modern aircraft could be the answer to maintaining the balance between growth and air noise and pollution, with necessary respite for local residents.

“New modern aircraft mean that you might have additional numbers but their environmental and sound footprint is much better, so you can fly more aircraft but they don’t impinge on you like the old ones,” says Morrison.

“It is a balance between upgrading the current infrastructure and understanding what the community wants.”

“The new 787, for example, uses 25% less fuel than the aircraft they are replacing and their noise footprint is smaller. It’s about achieving a balance to gain the licence to grow.”

The expansion of Schiphol, he adds, faces the same challenges as many other airport hubs; growing responsibly while manging the needs and wants of the community.

“It is a balance between upgrading the current infrastructure and understanding what the community wants and making the business solution sustainable,” he says. “Schiphol needs to and I’m sure they will find that balance and it will inevitably be an engineering solution guided by societal and environmental challenges.”