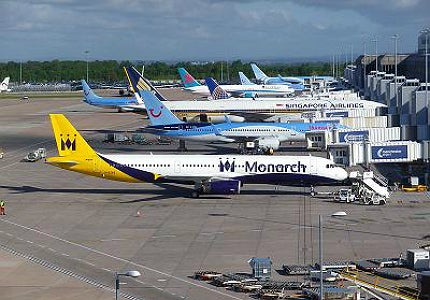 London Heathrow Airport has criticised new airline pricing controls proposed by the Civil Aviation Authority (CAA), as it believes they could impact passengers, airlines and investors.

The CAA has released its final proposals, which said that the airport charges should be subject to a real terms price freeze (RPI +0%) from 2014-2019, a move which will allow prices to rise in line with inflation.

According to Heathrow, the proposal could restrict investment by providing no incentive for investors on the global stage to fund upgrade projects at the airport, along with having ‘serious and far-reaching consequences’ for passengers and airlines.

The officials of Orlando International Airport have approved a $1.1bn expansion and improvement project to address the increasing tourism industry demand fuelled by the city’s theme parks.

The project includes four additional international gates, an automated people mover, improvements to the ticket hall and baggage screening areas, plus a rail terminal to support All Aboard Florida, a train service between Orlando and Miami that is being backed by private investors.

It will increase the airport’s annual passenger capacity to 45 million, allowing it to cater to the expected increase in traffic as a result of the new area at the Disney Animal Kingdom theme park, which will be based on the Avatar film franchise.

The Scottish Government has commenced talks to bring Glasgow Prestwick Airport into public ownership, in a move that will protect around 1,400 jobs, according to Deputy First Minister Nicola Sturgeon.

Prestwick Airport was put up for sale in March 2012, following which the Scottish Government, in partnership with Scottish Enterprise and South Ayrshire Council, has been working with current owners Infratil to help find a private buyer.

The government noted that even though the airport attracted potential investors, it has been determined that no private buyer would be able to complete the acquisition in an acceptable timescale to the current owner.

EIB to provide loan to support transformation of Schiphol Airport

The European Investment Bank (EIB) has agreed to lend €200m to Schiphol Group, the owner of Amsterdam Schiphol Airport in the Netherlands, to finance a major transformation of the airport.

The proposed transformation at Amsterdam Schiphol Airport will enhance passenger experience with construction of a central security screening facility, eliminating the need for individual security checks at each gate across the terminal.

Overall passenger traffic at European airports grew by 3.9% in August 2013 over August 2012, according to a traffic performance report released by the airport trade body ACI Europe.

Passenger traffic grew by 2.4% at EU airports, primarily due to significant growth in Poland, the UK, Ireland, Scandinavia and Finland, Portugal, Slovenia, Lithuania, Croatia and Malta. However, passenger traffic declined at airports in Spain, Italy, Greece and Cyprus.

The UK must build new runways in the South East England in the coming years, in order to address the growing aviation demand, according to Airports Commission chair Sir Howard Davies.

The Airports Commission, which was established by the UK Government in 2012, has been looking into airport capacity in southern England and is set to publish potential schemes by the end of this year.

The final report covers the UK’s international connectivity needs, recommendations for the optimum approach to meeting any needs, as well as ensuring that the need is met as expeditiously as practicable within the required timescale.

The ‘Airport City’ project is expected to create 16,000 jobs, attract overseas businesses and strengthen business links between Britain and China.

Finavia, the company responsible for Finland’s airports and air navigation services, plans to begin a €900m development programme at Helsinki Airport, to ensure good flight connections between Finland and the rest of the world.

The major development programme, which will be carried out between 2014 and 2020, will focus on increasing check-in and transit travel capacity, as well as improving traffic arrangements.

The project will enable Helsinki Airport to maintain its strong competitive position in transit traffic between Europe and Asia.

Fujitsu has announced that it will be working with Xchanging and Cisco to update communication infrastructure of Gatwick Airport in the UK, a move which will see the airport mobilise its workforce, improve passenger experiences and ensure business continuity.

The project, which will be led by the airport’s existing telephony service provider Xchanging, will replace the traditional on-premises telecom setup with a cloud-based consumption model.

The rollout, which commenced in September 2013, is based on Fujitsu’s Cloud Connect Collaborate solution (CCC), which is a hosted voice and collaboration service based on the Cisco Hosted Collaboration Solution (HCS).