The clock is ticking as the UK moves towards the official Brexit date of March 2019, yet with only a few months to go, the situation looks anything but clear.

While negotiations continue between Brussels and London, the prospect of a ‘hard Brexit’, a situation where the UK withdraws without a deal in place, is putting stakeholders in the aviation sector on high alert as key matters such as the single market and customs union are yet to be clarified.

In June this year, European aircraft manufacturer Airbus sparked a wave of concern after announcing it could leave the UK in the event of a no-deal exit, while in September, uncertainty further escalated as Irish budget airline Ryanair said this scenario could lead it to be grounded for weeks.

A recent report from US financial services company S&P Global Ratings titled ‘Countdown to Brexit: The Growing Risks for UK Airports’ has further fuelled concerns as it assesses the risks a no-deal divorce from the EU could bring to the British aviation industry.

While the report’s authors strongly emphasise that the chances of such a scenario becoming a reality are still low, the paper represents a serious warning to the industry as it reads: “The risk of a no-deal Brexit on March 30, 2019, […] has increased sufficiently to become a relevant rating consideration.”

An economic slowdown is looming

According to lead author and analyst Beata Sperling-Tyler, despite enjoying a positive period of traffic growth in the aftermath of Brexit, UK airports are likely to be affected by an economic slowdown and consequent drop in traffic rates.

“The most likely scenario will probably be an economic and traffic slowdown.”

The period following the 2016 referendum saw a peak in tourism and passenger numbers, yet the paper highlights that traffic growth rates stabilised in the first quarter of 2018, with annual growth for Gatwick and Heathrow airports forecast to be between 0 and 2% in the coming months. Sorry, there are no polls available at the moment.

“The most likely scenario will probably be an economic slowdown and a slowdown in traffic that will follow Brexit – that to me is the highest risk,” says Sperling-Tyler. “We know that traffic tends to follow the economic growth of a country so if there is a slowdown in the UK economy then there would be a slowdown in the traffic as well.”

However, the paper notes that despite the financial struggle, low private investment in the country and the prospect of an economic slowdown may eventually push the government to commit more funds to infrastructure projects. As the report puts it: “There seems to be widespread political support for additional growth of economic infrastructure assets, such as airports, which are drivers of growth and strategic gateways to the UK.” The approval of Heathrow’s third runway is a case in point.

While support and more investment in improving local infrastructure is welcome news for airports, they could still end up paying a very high price in the event of a no-deal Brexit, says Sperling-Tyler. 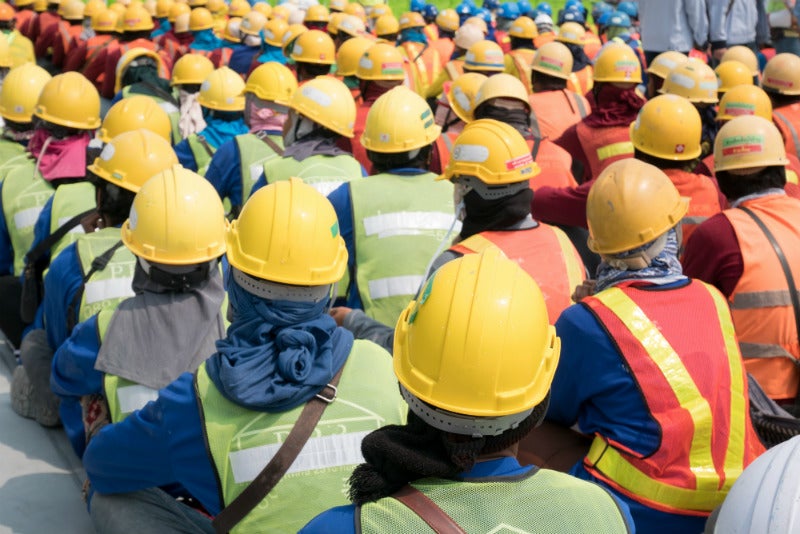 Istanbul Airport: a symbol of discontent for Turkey’s labour force?

She stresses the fundamental importance to sign an agreement with the European Common Aviation Area (ECAA), which is crucial if the UK wishes to preserve air traffic rights.

“Through the EU membership, the UK enjoys access to what we think is the most liberalised aviation market,” she explains. “It gives access to 44 countries, accounting for about 85% of all international traffic from Britain. The benefit of a free access to that market is that it helped a lot in developing and increasing competition in Europe and brought lower tariffs; especially thanks to the low-cost carriers, a greater number of routes have led to a very good growth for the airports and airlines both in Europe and in the UK.”

“An effort will be made by the UK Government and by the EU representatives to ensure that the traffic will continue.”

The Department for Transport recently published a set of guidelines for a contingency plan in the event of a no-deal scenario. The document explains that in this case, “airlines wishing to operate flights between the UK and the EU would have to seek individual permissions to operate from the respective states”. This would mean that UK airlines would have to stipulate new agreements either with the EU as a whole or with each individual country.

However, S&P Global Ratings CFA Tania Tsoneva explains that the likelihood of this scenario taking place is still quite low: “An effort will be made by the UK Government and by the EU representatives to ensure that the traffic will continue. In our article […] we pointed out that many airports in the EU are significantly exposed to UK passengers, so in the interest of both sides they will work to make sure that the traffic continues.”

Now more than ever, the fate of the country and its economy is in the hands of the government. This is not just a fact, but another reason for concern for airports’ stakeholders, whose voice in the matter has little to no impact on the outcome of the negotiations.

“The problem with airports is that they can’t really do much other than participating in the meetings and lobbying, they can only observe what is happening,” says Tsoneva. “They are more spectators of the situation.”

As a result, “they could be trying to attract airlines that would find them attractive from the point of view of destinations that they serve, or the type of aircraft that they operate.”

Some of them, she explains, could focus on offering long-haul flights and build new partnerships with the US and other transoceanic countries. The likelihood of this strategy was further confirmed during the latest budget announcement that took place in late October in the UK. British Chancellor of the Exchequer Philip Hammond announced the government’s plan to introduce ePassport gates at Heathrow Airport for visitors coming from the US, Canada, Australia, New Zealand and Japan, as well as EEA members.

A potentially safe landing for airlines

Airlines are in a slightly more comfortable situation: “They can adapt, they can take some contingency actions,” explains Sperling-Tyler.

Being essentially less dependent on the government, many of them have already started preparing for a no-deal scenario by developing ad hoc contingency plans and considering alternatives.

The UK’s expiring EU membership currently allows any airline predominantly owned by someone based in a member state to freely operate within the ECAA.

“Many airlines have already started preparing for a no-deal scenario.”

If an agreement wasn’t reached between the two political forces, airlines headquartered in the UK would no longer be able to operate in the EU. For this reason, budget airline easyJet was among the first to obtain a number of operating licenses in the continent. Ryanair also recently applied to obtain a similar certificate that would allow it to fly in and out of the UK come March 2019.

Furthermore, the report claims that both the government and aviation industry stakeholders will do all in their power to make sure that operations continue smoothly. The British aviation sector, it says, “has made it clear its preference for maintaining access to the EU’s Open Skies regime, which gives all EU airlines the right to fly between member states and domestically within member states.”

However, if such an access is not granted, the UK’s £60bn aviation industry could struggle to spread its wings inside the EU.